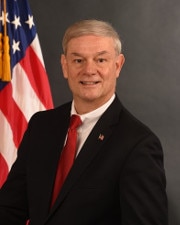 Matt Baker was appointed by the White House in February 2018 to serve as Regional Director of the U.S. Department of Health and Human Services for Region III. As a Presidential Appointee, Mr. Baker provides executive leadership as the primary representative for the Secretary of Health and Human Services. The Office of Regional Director is tasked Intergovernmental and External Affairs (IEA) bringing together federal, state, local and tribal government organizations, along with other external partners. In this role, Mr. Baker is responsible for: Delaware, Pennsylvania, Maryland, Virginia, West Virginia and the District of Columbia as well as seven recognized tribes.

Mr. Baker served in the Pennsylvania House of Representatives for 13 consecutive terms (25 years) and was the Majority Chairman of House Health Committee. He was a Member of the Rural Caucus, the Cancer Caucuses, the 2nd Amendment Caucus and the Firefighters and Emergency Services Caucus. He also served as Speaker Pro Tempore of the House when the Speaker could not preside over the House.  Mr. Baker served on the Board of Governors of the State System of Higher Education (PASSHE). Mr. Baker brings over 37 years of experience in state government public service with him.

Prior to his election in 1992, he served as a legislative aide for 12 years and as an elected Republican Committeeman in Wellsboro. Previously, he worked in a Wellsboro law firm for 12 years where he specialized in serving people with disabilities. He was also active in helping to establish the Tioga County Dental Clinic and Wellsboro Area Food Pantry.

Mr. Baker graduated from Cowanesque Valley High School, Westfield. He holds an associate degree from Corning Community College, and earned a Bachelor of Science degree as an honors scholar from Elmira College. He attended Mansfield University and was awarded an honorary Doctor of Public Service degree. He is a member of the First Baptist Church of Wellsboro and the Wellsboro Rotary Club.