What Is Hepatitis C?

Hepatitis C is a liver infection caused by the hepatitis C virus (HCV). Hepatitis C is a blood-borne virus. Today, most people become infected with HCV by sharing needles or other equipment to inject drugs. For some people, HCV infection is a short-term or acute illness but for more than half of people who become infected with HCV, it becomes a long-term, chronic infection. Chronic HCV infection is a serious disease that can result in long-term health problems, even death. The majority of infected people might not be aware of their infection because they do not have any symptoms. There is no vaccine for hepatitis C. The best way to prevent HCV infection is by avoiding behaviors that can spread the disease, especially injecting drugs.

How Many People Have Hepatitis C?

Who Is Most Affected?

In 2018, an estimated 50,300 new HCV infections occurred in the United States. Between 2010 and 2018, the reported number of acute HCV infections quadrupled. High rates of new infections were predominantly among young adults aged 20-29 years and aged 30-39 years.

HCV infection is common among people with HIV who also inject drugs. Nearly 75% of people living with HIV who report a history of injection drug use are co-infected with HCV. All people who are diagnosed with HIV are recommended to be tested for HCV at least once. People living with HIV are at greater risk for complications and death from HCV infection. Fortunately, direct acting antivirals that are used to treat HCV work equally well in people with and without HIV infection. For more information about HIV and HCV coinfection, visit the HIV.gov’s pages about hepatitis C and HIV coinfection.

How Is Hepatitis C Transmitted?

Because HCV is primarily spread through contact with infected blood, people who inject drugs are at increased risk for HCV infection. HCV can also be transmitted from an infected mother to child at the time of birth, from unregulated tattoos or body piercings, and from sharing personal items that may be contaminated with infected blood, even in amounts too small to see. Much less often, HCV transmission occurs through sexual contact with an HCV-infected partner, especially among people with multiple sex partners and men who have sex with men. Currently in the United States, health care related transmission of HCV is rare, but people can become infected from accidental needle sticks and from breaches in infection control practices in health care facilities.

There is no vaccine to prevent hepatitis C. The best way to prevent HCV infection is to avoid contact with contaminated blood.

Hepatitis C can spread when a person comes into contact with blood from an infected person. Injecting drugs is the most common way HCV is transmitted in the United States. For people who inject drugs, the best way to prevent HCV is to stop injecting. Community-based prevention programs, such as medication-assisted treatment and syringe services programs, can also reduce the transmission of HCV.

Although the risk of sexual transmission of HCV is considered to be low, avoiding unprotected sexual exposure by using condoms has been shown to reduce the chance of sexually transmitted infections.

About 40% of people with chronic hepatitis C are unaware of their infection. The only way to find out if you have an HCV infection is to get tested through a simple blood test. Awareness of hepatitis C status is important because treatments are available that can cure HCV and reduce the chance of developing liver disease and liver cancer.

The following are the CDC Recommendations for hepatitis C screening among adults in the United States:

New medication to treat for HCV have been approved in recent years. These treatments are much better than the previously available treatment because they have few side effects and do not need to be injected. There are several direct-acting antiviral HCV treatments that cure more than 95% of people who take them in 8 to 12 weeks. HCV treatment dramatically reduces deaths among people with HCV infection, and people who are cured of HCV are much less likely to develop cirrhosis or liver cancer.

The CDC’s Know More Hepatitis Campaign has been developed to provide digital and printed materials to increase awareness about hepatitis C. Check out the campaign and download or order free materials to get started.

Centers for Disease Control and Prevention, Division of Viral Hepatitis:

Find additional learning opportunities for both the public and healthcare providers. 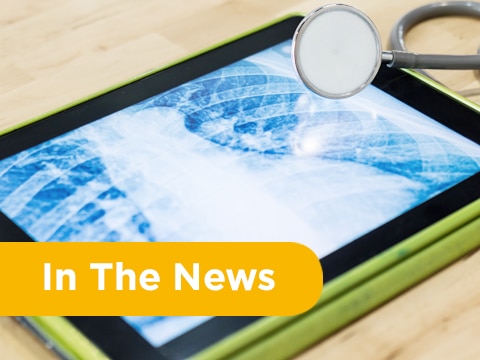