Viral hepatitis is a serious, preventable public health threat that puts people who are infected at increased risk for liver disease, cancer, and death. In addition, viral hepatitis contributes to substantial health disparities, stigma, and discrimination, and collectively costs people, health systems, states, and the federal government billions of dollars each year.

The Viral Hepatitis National Strategic Plan: A Roadmap to Elimination 2021-2025 (Viral Hepatitis Plan or Plan) which builds on three previous plans, is necessary as the nation faces unprecedented hepatitis A outbreaks, progress on preventing hepatitis B has stalled, and hepatitis C rates nearly tripled from 2011 to 2018. In 2016, it was estimated that 3.3 million Americans were living with chronic viral hepatitis: 862,000 with hepatitis B and 2.4 million with hepatitis C. Yet hepatitis A and hepatitis B are preventable by vaccines, and hepatitis C is curable in one short course of treatment. Viral hepatitis takes a large toll on individuals as well as communities, many of which are disproportionately impacted. We are losing ground in the fight against viral hepatitis despite having effective clinical interventions, including vaccines, diagnostic tests and therapeutics.

We have the tools and we have a roadmap to stop the spread of viral hepatitis, eliminate it as a public health threat, and save lives. Reversing the rates of viral hepatitis, preventing new infections, and improving care and treatment require a strategic and coordinated approach by federal partners in collaboration with state and local health departments, tribal communities, community-based organizations, and other nonfederal partners and stakeholders.

Join us in the fight as we work toward realizing the vision of the Viral Hepatitis National Strategic Plan: A Roadmap to Elimination 2021-2025. 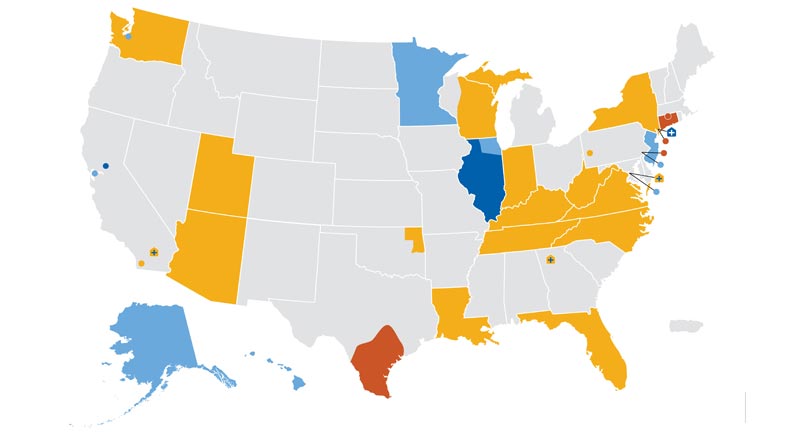 Explore hepatitis elimination projects and submit your own!

Get basic information about hepatitis A, B and C, find tools to help you assess your risk and take action, and review hepatitis trends in the U.S.

Read about the national framework to eliminate viral hepatitis as a public health threat by 2030.

This site is maintained by the HHS Office of Infectious Disease and HIV/AIDS Policy, which coordinates cross-governmental implementation of the Action Plan for the Prevention, Care, and Treatment of Viral Hepatitis.