What Is Hepatitis C?

Hepatitis C is a liver infection caused by the hepatitis C virus (HCV). Hepatitis C is a blood-borne virus. Today, most people become infected with HCV by sharing needles or other equipment to inject drugs. For some people, HCV is a short-term or acute illness but for 75–85% of people who become infected with HCV, it becomes a long-term, chronic infection. Chronic HCV is a serious disease that can result in long-term health problems, even death. The majority of infected persons might not be aware of their infection because they do not have any symptoms. There is no vaccine for HCV. The best way to prevent HCV is by avoiding behaviors that can spread the disease, especially injecting drugs.

How Many People Have Hepatitis C?

During 2013-2016 it was estimated that about two and half  million persons were chronically infected with HCV in the United States. The actual number may be as low as 2.0 million or as high as 2.8 million. Research shows that 75% of all people living with HCV were born between 1945 and 1965 so CDC and the U.S. Preventive Services Task Force (USPSTF) recommend that all persons born between 1945 and 1965 be tested for HCV regardless of risk history.

Globally, HCV is a common blood-borne infection with an estimated 71 million people chronically infected according to the World Health Organization.

Who Is Most Affected?

New HCV infections are most common among people who inject drugs. Sexual exposure is the second most common risk factor and is highest among persons with multiple sex partners and men who have sex with men.

Older adults are more likely to have HCV than are younger adults. Seventy-five percent of people with chronic HCV are “baby boomers,” born between 1945 and 1965.

In 2014, an estimated 30,500 new HCV infections occurred in the United States. Between 2010 and 2017, the CDC  reported that acute HCV infections quadrupled after several years of relatively stable rates of new infections. The CDC has determined that this increase is linked to the ongoing opioid abuse epidemic in the United States. High rates of new infections were predominantly among White adolescents and young adults with histories of injection drug use and previous use of prescription opioids such as oxycodone, mostly in nonurban areas.

How Is Hepatitis C Transmitted?

Because HCV is primarily spread through contact with infected blood, people who inject drugs are at increased risk for HCV infection. Much less often, HCV transmission occurs through sexual contact with an HCV-infected partner, especially among persons with multiple sex partners and men who have sex with men. HCV transmission can also occur through accidental needle sticks, breaches in infection control practices in health care facilities, and from mother to child at the time of birth. Currently in the United States, healthcare related transmission of HCV is rare.

There is no vaccine to prevent hepatitis C. The best way to prevent HCV is to avoid contact with contaminated blood.

Hepatitis C is a very infectious virus that can live outside the body for several weeks. Hepatitis C can spread easily when a person comes into contact with surfaces, equipment, or objects that are contaminated with infected blood, even in amounts too small to see. Injecting drugs is the most common way HCV is transmitted in the United States. For people who inject drugs, the best way to prevent HCV is to stop injecting. Drug treatment, including methadone or buprenorphine, can lower the risk for HCV infection because there will no longer be a need to inject. Persons who continue to inject drugs can take other steps to reduce their risk of becoming infected with HCV.

Although the risk of sexual transmission of HCV is considered to be low, avoiding unprotected sexual exposure by using condoms has been shown to reduce the chance of sexually transmitted infections.

The CDC estimates that half of people with chronic HCV are unaware of their infection. The only way to find out if you have a hepatitis C infection is to get an HCV test. All it takes is a simple blood test. Being aware of your hepatitis C status is important because treatments are available that can cure HCV and reduce the chance of developing liver disease and liver cancer. You can also protect your family members by being careful to cover cuts and sores and cleaning up any blood spills with a solution of 1 part bleach to 10 parts water.

The following populations are at increased risk of being infected with HCV and are recommended to be tested:

New medication to  treat for HCV have been approved in recent years. These treatments are much better than the previously available treatment because they have few side effects and do not need to be injected. There are several antiviral HCV treatments that cure more than 90% of people who take them in 8 to 12 weeks. HCV treatment dramatically reduces deaths among people with HCV, and people who are cured of HCV are much less likely to develop cirrhosis or liver cancer. To improve health outcomes for those living with HCV in the United States, the CDC developed and issued guidelines that emphasize the need for testing of persons at high risk for the disease, educating patients, and administering approved treatments for hepatitis C.

The CDC’s Know More Hepatitis Campaign has been developed to provide digital and printed materials for people to use to increase awareness about HCV. Check out the campaign and download or order free materials to get started.

Centers for Disease Control and Prevention, Division of Viral Hepatitis:

Find additional learning opportunities for both the public and healthcare providers. 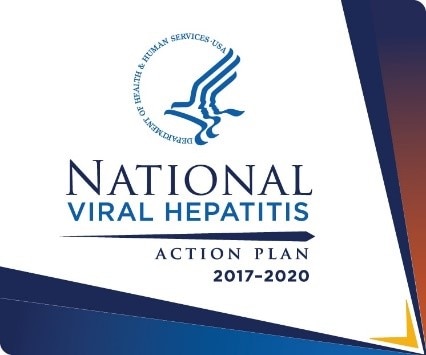 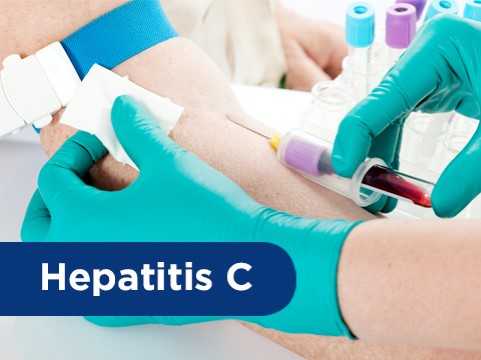