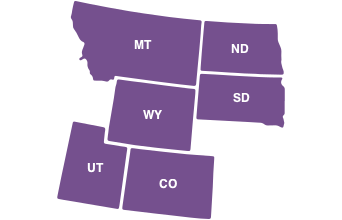 Many factors present challenges in health outcomes including access to health care and education, economic stability, the built environment, and social & community contexts. It is important to note that individual and community identities do not exist independently, and these multiple identities inform health outcomes for the region. The Region 8 Office is committed to working with urban areas, including those along the Front Range, and rural areas throughout the region. Region 8 prioritizes health and the resilience of the population while collaborating with stakeholders to address disparities across the population.

Region 8 also includes 32 federally recognized Tribes, and 16 Tribal colleges/universities. American Indians live in both urban and rural areas across Region 8. The Region 8 Office serves to improve the health of American Indians through partnership, targeted technical assistance, and coordination between Tribes and federal partners. 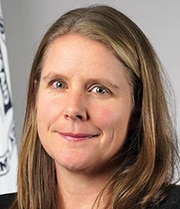 Sally Abbott, PhD, MS is the Regional Health Administrator (RHA) for or the U.S. Department of Health and Human Services (HHS), Office of the Assistant Secretary for Health (OASH), in Region 8. As the senior federal public health official in the region, Dr. Abbott performs essential functions for HHS in three major areas: prevention, preparedness, and agency-wide coordination. Dr. Abbott joined OASH in 2020 after nearly a decade at the United States Agency for International Development (USAID). At USAID, she spent two years as the Acting Nutrition Division Chief within the Bureau for Food Security and led the standing up of a new Center for Nutrition during USAID’s reorganization. Prior to USAID, Dr. Abbott worked with the Feinstein International Center, the United Nations Children's Fund, and spent two years as a Peace Corps volunteer in rural Mali. Dr. Abbott received her MS and PhD in Food Policy and Applied Nutrition from Tufts University.