On July 26, 1990, President George H.W. Bush signed the Americans with Disabilities Act into law. This landmark civil rights law is a critical part of the HHS Office for Civil Rights’ (OCR) disability non-discrimination work, along with Section 1557 of the Affordable Care Act and Section 504 of the Rehabilitation Act. 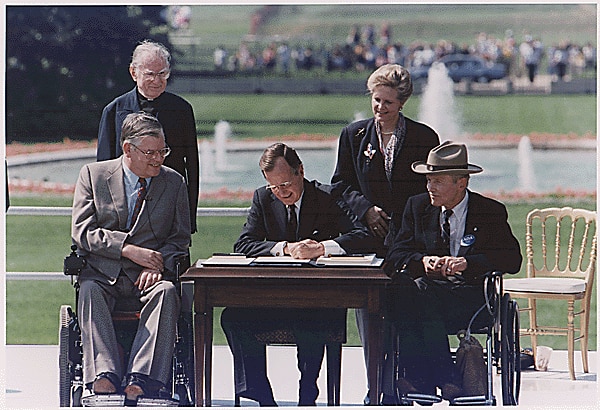 To celebrate the 30th anniversary, OCR and the HHS Administration for Community Living (ACL) partnered to create a website that tells the story of how the ADA came to be, showcases some of the progress we have made as a country toward achieving the ADA's promise of true inclusion, and illustrates some of the work being done within HHS and across government, to continue to remove the barriers to inclusion people with disabilities often face. Most important, through short video interviews, you can hear from people with disabilities about how the expectations for access and inclusion created by the ADA have affected their lives.

Susan Fandacone is the loving daughter of Joan Parsons...

Linda Pitsoulis had a desire to open her home to children...