In the United States, recent data show that rates of sexually transmitted infections (STIs) reached an all-time high in 2018 among both females and males, and all racial and ethnic groups. According to the Centers for Disease Control and Prevention (CDC), the number of combined cases of gonorrhea, syphilis and chlamydia was more than 2.4 million in 2018, up from 1.8 million in 2013; half of these STIs are among youth. While these STI have increased considerably over the past five years, human papillomavirus (HPV) remains the most commonly sexually transmitted infection in the United States, with 79 million Americans infected, most in their late teens and early 20s.

The current rise of STIs is a serious public health concern that requires immediate attention. If left untreated, STIs can lead to severe health complications, including pelvic inflammatory disease (PID), increased risk of getting HIV, certain cancers, and even infertility.

The Office of the Assistant Secretary for Health (OASH) through the Office of Infectious Disease and HIV/AIDS Policy (OIDP) has coordinated, along with other federal partners, the development of an inaugural STI National Strategic Plan (STI Plan). Stakeholders and the public had significant input into the development of this plan, through a variety of opportunities for public comment. The STI National Strategic Plan was released December 17, 2020 and provides a roadmap for prevention, diagnosis, treatment and care designed to meet significant measurable goals. The aim is for federal agencies and stakeholders to work together to reverse the alarming increase in STI rates and improve our nation’s health.

OIDP will continue to lead coordination of federal implementation of the STI Plan. Other stakeholders are encouraged to develop implementation plans for STI-related issues within their purview. Read the STI Plan and learn more about it. 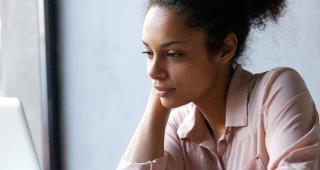 See how stakeholders play a role in guiding the STI Plan.

Find out more about the development of the first STI National Strategic Plan – including the stakeholders involved.

Learn about the policies, guidelines, and best practices related to STI prevention, diagnoses, and treatment.