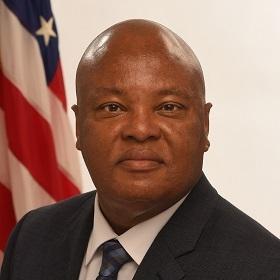 Judge McArthur Allen was appointed Chief Administrative Law Judge for the Office of Medicare Hearings and Appeals on November 8, 2020. In this capacity, he oversees the third level of review for Medicare appeals within the U.S. Department of Health and Human Services and has responsibility for the second largest Federal Administrative Law Judge (ALJ) corps in the United States. Judge Allen brings with him a wealth of legal and leadership experiences, spanning more than two decades.

Judge Allen graduated from Southern Illinois University's School of Law in Carbondale, Illinois and his legal career began in the insurance defense industry. He then entered private practice in Southern Illinois, where his advocacy centered on criminal law, civil rights, and personal injury litigation. In 2008, he left private practice to join the Department of Defense Global War on Terrorism section as a Deputy Associate General Counsel at the Pentagon. In that position, Judge Allen led and trained a large cadre of attorneys and staff, while exercising control over a large caseload of pending Habeas Corpus litigation matters and advising senior executives and subordinates on procedural and substantive issues involving federal court and compliance litigation.

In October 2018, Judge Allen began his career with the HHS Office of Medicare Hearings and Appeals as an Associate Chief Judge in the Atlanta Field Office. He was instrumental in successfully standing up the new Atlanta office and creating a fully functional judicial cadre.

Judge Allen is a member of the Illinois State Bar and is licensed to practice before the United States Supreme Court.