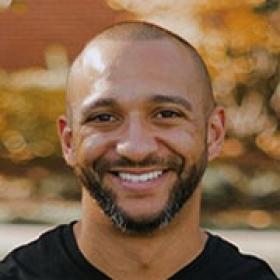 As the Office of the Assistant Secretary for Health (OASH) Chief Medical Officer, Dr. States advises and supports the Assistant Secretary for Health (ASH) and other senior OASH leadership regarding issues of national public health importance through collaboration with OASH program offices, the Department of Health and Human Services' (HHS) enterprise and interagency, and critical external stakeholders. The strength of these relationships is enhanced by data-driven evaluation to identify areas of greatest need in the support of developing the most impactful recommendations to the ASH and other senior leaders.

Before being named to the permanent CMO role in OASH, Dr. States served as Deputy and Acting CMO from October 2018 to January 2020. During his time with OASH he has been fortunate to contribute to the development or advancement of initiatives concerning health equity (health equity in innovation for aging medically underserved populations, stigma reduction in persons living with HIV/AIDS (PLWHA), persons living with disabilities, persons with a history of substance use disorder), social determinants of health (Building a Healthier America initiative), and disparities reduction (Sickle Cell Disease in youth and hydroxyurea utilization, out-of-hospital cardiac arrest).

Prior to his arrival at HHS Dr. States was a Navy Medical Corps Officer where he served as a Public Health Emergency Officer to Navy Medicine West ensuring public health protection to over 500,000 active duty personnel spread across the Pacific region. During this time he also was assigned to Navy Environmental and Preventive Medicine Unit FIVE where he served as Department Head for Operations, and Officer in Charge for the Forward Deployable Preventive Medicine Unit - team FIVE. He also served as Battalion Surgeon for 1st Battalion, 1 Marines, 1st Marine Division, where he deployed in support of combat operations during Operation Enduring Freedom serving as the senior medical department leader to a population of over 1200 Marines in garrison and combat settings.

Dr. States is board certified in Preventive Medicine, and is a current member of the American College of Preventive Medicine. He graduated with a Bachelor of Arts in Biochemistry from Azusa Pacific University in 2005 and received his Doctor of Medicine degree from the University of California at San Diego School of Medicine in 2010. In 2015, he completed his Master of Public Health Degree with a concentration in Population Health from Loma Linda University School of Public Health. He also graduated from the Loma Linda University Preventive Medicine residency that year, serving as Chief Resident in his final year of training. He is anticipated to complete his Master of Business from the George Washington University in the fall of 2021.