President Trump defends human life and warns the UN to stay within its mandate during the 2019 UN General Assembly Speech September 24, 2019, stating: "Americans will never tire of defending innocent life. We are aware that many United Nations projects have attempted to assert a global right to taxpayer funded abortion on demand, right up until the moment of delivery. Global bureaucrats have absolutely no business attacking the sovereignty of nations that wish to protect innocent life. Like many nations here today, we in America believe that every child, born and unborn, is a sacred gift from God."

The Protecting Life in Global Health Policy (PLGHP) initiative negotiates health policy at multilateral settings where policies are debated and set, like the World Health Organization (WHO) and the United Nations (UN). PLGHP focuses the international discourse around four main pillars, building coalitions to achieve: (1) better health for women, (2) the preservation of human life, (3) strengthening of family as the foundational unit of society, and (4) protecting every nation's national sovereignty in global politics.1

The initiative strongly supports women reaching the highest attainable outcomes for health, life, dignity, and well-being throughout their lives. This includes, but is not limited to health concerns across a woman's lifespan, including reproductive concerns, maternal health, voluntary and informed family planning, and the eradication of HIV; as well as equal opportunities for women, elimination of human trafficking and violence against women and girls, and all other discrimination on the basis of sex.

There is no international human right to abortion. There is, however, an international human right to life.2 We do not accept the active promotion of abortion within any multilateral health guidance or policy. In no case should abortion be endorsed as a method of family planning.3 We affirm the key foundational principle of the ICPD Program of Action that "[e]veryone has the right to life, liberty and security of person," which we understand to include life before birth.4

President Trump called the family the bedrock of the Nation, saying that strong and loving families are one of life's greatest blessings. Families develop character, teach love and forgiveness, and parents are the most important protectors, providers, nourishers, teachers, and role models for their children. Protecting and defending the family to create a system that maximizes parents' opportunities – without interfering with personal family decisions – is a vitally important goal that will benefit society as a whole. These priorities – championing life and working families, communicating the value we put on families as the foundational unit of society, and recognizing the intrinsic worth of every person – are family-centered policies that are good for nations both now and in the future. We affirm the key foundational principle of the ICPD Program of Action, that "[t]he family is the basic unit of society and as such should be strengthened."5

The PLGHP initiative recognizes the importance of each nation's freedom to legislate around issues related to the protection of life or abortion without pressure from multilateral organizations – and to speak freely about their country's position during multilateral negotiations without threat of retribution. Additionally, we do not support references in international documents to ambiguous terms and expressions used to promote policies that do not enjoy international consensus. As President Trump has stated, "Global bureaucrats have no business attacking the sovereignty of nations that protect innocent life."6 Multilateral organizations should not use their power and influence to pressure any country to include or exclude abortion in their national policies. 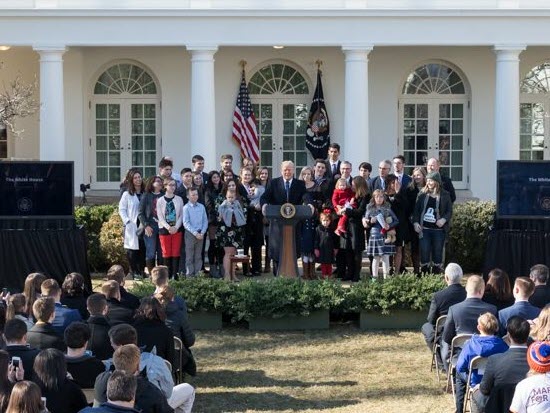 In his 2020 Proclamation on National Sanctity of Human Life Day, President Trump stated: "My Administration is… building an international coalition to dispel the concept of abortion as a fundamental human right. So far, 24 nations representing more than a billion people have joined this important cause. We oppose any projects that attempt to assert a global right to taxpayer funded abortion on demand, up to the moment of delivery. And we will never tire of defending innocent life — at home or abroad."

Brazil, Egypt, Hungary, Indonesia, Uganda, and the United States cosponsored the October 22, 2020 release and ceremonial signing of the Geneva Consensus Declaration, a commitment by 31 nations to work together until they reach success on mutual priorities to expand women’s health, protect the family, safeguard the sovereign right of nations to make their own abortion laws, absent external pressure, and reaffirm that there is no international right to abortion. Secretary Azar (HHS) and Secretary Pompeo (State) cohosted the virtual event, underscoring the commitment of the Trump Administration to the PLGHP effort.

Ministers of Health, Ministers of Foreign Affairs, Ambassadors, and other senior representatives from partnering nations offered supportive statements on behalf of their governments.

In alignment with PLGHP aims, Secretary Azar (HHS) and Secretary Pompeo (State Dept) sent a joint letter to other countries inviting partnership on this initiative; and the U.S. drafted three joint statements, signed by 25 countries representing more than a billion people:

* People using assistive technology may not be able to fully access information in this file. For assistance, please contact jointstatement@hhs.gov.

The United States also hosted events in alignment with the PLGHP project: 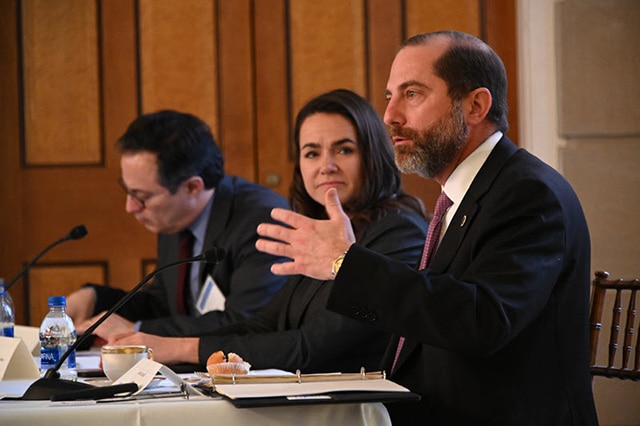