OCR About Us Menu 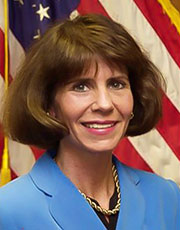 Robinsue Frohboese is the Acting Director and Principal Deputy in the HHS Office for Civil Rights, a position she assumed when she joined OCR in 2000.  During her tenure with OCR, Dr. Frohboese has served in a variety of leadership positions, including Acting OCR Director during four Administration transitions.  She has been integral to many OCR civil rights initiatives over the years and OCR implementation of the HIPAA Privacy rule.  She has led a number of special projects for the HHS Office of the Secretary on behalf of OCR, including reports to the President on the Olmstead community integration Federal blueprint and a report to the President on preventing another Virginia Tech tragedy, and has represented the Department on key initiatives, ranging from ten years on the U.S. Disability Treaty Delegation to the United Nations and the Secretary’s Advisory Committee on Genetics, Health and Society.

Prior to joining OCR, Dr. Frohboese worked for 17 years in the Civil Rights Division, Special Litigation Section, at the U.S. Department of Justice, first as a Senior Trial Attorney and then as a Deputy Chief, overseeing major pattern or practice civil rights litigation against states.  She has more than 40 years’ experience in health-related civil rights enforcement and policy. She began her Federal career as counsel to the U.S. Senate’s Health, Education, Labor, and Pensions Committee.  In addition to her law degree, she has a Ph.D. in Psychology and has received a number of high commendations during her Federal tenure, including a Presidential Meritorious Executive Rank Award and various awards for outstanding service by multiple HHS Secretaries and Attorney Generals.