Improving internal processes for moving inventions made by government researchers to market. 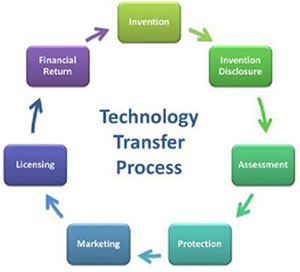 Many inventions are made by employees of HHS, particularly scientific researchers at the CDC, NIH, and FDA.

It’s the job of Technology Transfer offices to get these inventions beyond the walls of government and into the hands of the private sector to grow and develop them into commercial products that in turn help spur economic growth and development. However, the process of moving from invention to commercialization is an enigma to scientists, resulting in frustration and underutilization of the tech transfer process.

The Problem is that the process itself relies on an educated and knowledgeable scientific community for whom the tech transfer process is confusing. The process relies on a effective collaboration between the tech transfer staff and the scientists in order to achieve commercialization success and ultimately, public health benefit.

This team engaged the tech transfer community at CDC and NIH to better understand their issues. They found three pain points: 1) Many scientists lacked a basic understanding of tech transfer, what it was and why it was important; 2) Those scientists that were aware found the “Invention Disclosure Form”, a PDF that scientists are supposed to use to initiate the process, confusing; and 3) Those that were able to submit an “Invention Disclosure Form” felt like it was submitted into a black box; they wanted to know at what step of the tech transfer process their invention was in.

The Innovation: To address these issues, this team created a light and fun video on tech transfer using a cheap online video making tool. They also converted the PDF form into a user-friendly, interactive online tool using Drupal, an open-source web content management system. This web platform also had a tracker so that the inventors could easily log on and identify where their invention was along the tech transfer pathway.

A project supported by the: HHS Ignite Accelerator