Goal 3: Strengthen the Economic and Social Well-Being of Americans Across the Lifespan 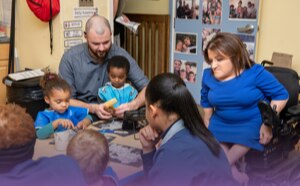 From delivering health visits for new moms and supporting Early Start locations across America, to the development of aging and disability networks to help older Americans live in their communities longer than ever before, HHS plays a vital role in providing human services to vulnerable Americans at all stages of life.

This work is often done in cooperation with state and local governments, as well as community and faith-based organizations, allowing services to be delivered in a locally driven, person-centered manner. In 2018, these efforts involved a special emphasis on the value of work and community engagement to physical and mental well-being, as well as prioritizing respect for life from conception until natural death. Finally, in 2018, HHS recognized the 40th anniversary of NIDILRR, which played a pioneering role in many of the tools and practices that Americans with disabilities use today to live independently, and the Independent Living Programs, which provide tools, resources and supports for fully integrating people with disabilities into their communities.

Incentivizing work within child support: The Office of Child Support Enforcement and Office of Family Assistance within the Administration for Children and Families (ACF) issued an information memorandum to promote the use of IV-D incentive funds and cash-welfare funds to promote employment programs for noncustodial parents.

Aiming for independence: The ReImagine HHS Aim for Independence initiative worked with states to develop a vision for an ACF Center of Excellence to drive program integration and outcomes and empower families to sustain economic independence. ASPE provided original analysis to the Aim for Independence effort regarding marginal tax rates, program integration, human services policy, qualitative and economic analysis, and work promotion. 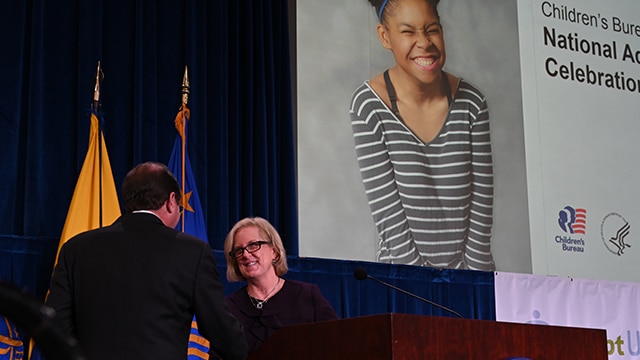 Supporting Independence of Older Adults and People with Disabilities

Expanding opportunities for veterans to maintain independence: In 2018, ACL and the Department of Veterans Affairs (VA) significantly expanded the Veteran-Directed Care program, which helps veterans who are eligible for nursing home care live in their communities. Specifically the program allows veterans to use a flexible service budget to design and direct their care and services based on their unique needs—as defined by them, including hiring family, friends and neighbors to provide the services they need. Veterans in the program are supported by counselors provided by the aging and disability networks funded by ACL.

In 2018, five additional VA Medical Centers began partnering with 27 organizations in ACL’s aging and disability networks. Studies have shown that three veterans can be served through the program for the same cost as serving one veteran in a nursing home. With 2018’s expansion, a total of 67 VA Medical Centers are working with 232 aging and disability network agencies to offer the program in 39 states. 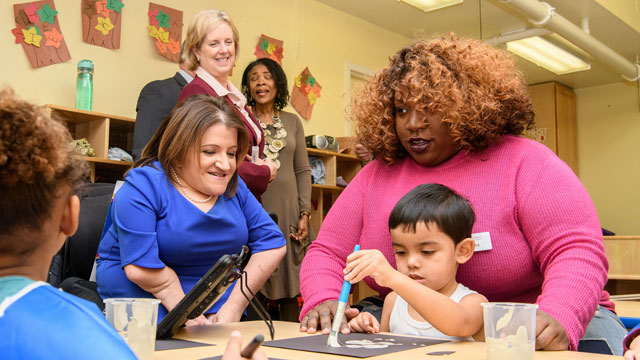 Julie Hocker, Commissioner of the Administration on Disabilities, visits the Early Childhood Center

Building the government-to-government relationship: HHS’s Office of Intergovernmental and External Affairs hosted eleven Regional Tribal Consultations across the country, as well as one Annual Budget Consultation in Washington, D.C. In addition, three Secretary’s Tribal Advisory Committee meetings were hosted, including one in Alaska with the Deputy Secretary visiting Alaska Native villages, which was the largest and most comprehensive series of tribal meetings and site visits in HHS history.

New pilot for supporting recovery from substance abuse in tribal communities: In February 2018, the IHS Division of Behavioral Health awarded $1.62 million for the Youth Residential Treatment Center Aftercare Pilot Project program, to the Healing Lodge of the Seven Nations in Spokane Valley, WA, and Desert Sage Youth Wellness Center in Hemet, CA. The pilot aims to develop innovative and collaborative strategies to improve the health of American Indian and Alaska Native youth as they transition from residential care back into the communities in which they live.

Making progress against diabetes in Indian Country: In June 2018, a report on 10-year outcomes of participants in IHS’s Special Diabetes Program for Indians was published in Diabetes Care, a monthly journal of the American Diabetes Association, confirming the long-term effects of moderate weight loss achieved through an intensive lifestyle intervention such as the Special Diabetes Program in reducing the risk of type 2 diabetes among American Indian and Alaska Natives. A new strategic commitment to life: In February 2018, HHS updated its five-year Strategic Plan for 2018-2022, which highlights that a core component of HHS’s mission is the dedication to protecting the life of all Americans at every stage of life, beginning at conception

New Civil Rights division to protect conscience and religious freedom: In January 2018, OCR launched a new Conscience and Religious Freedom Division, the first time a federal office for civil rights has established a separate division dedicated to ensuring compliance with and enforcement of laws that protect conscience and free exercise of religion in healthcare and human services. 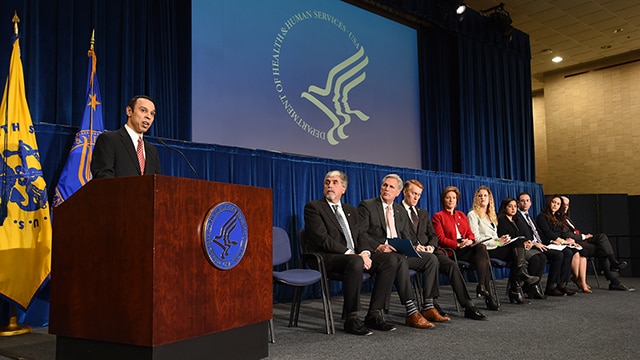 HHS leaders at the announcement of the new Conscience and Religious Freedom Division launched by HHS’s Office for Civil Rights.

Protecting conscience in health insurance: In November 2018, HHS, DOL, and Treasury issued two final rules to provide regulatory relief to American employers, including organizations like the Little Sisters of the Poor, which have religious or moral objections to providing coverage for contraceptives, including those they view as abortifacient, in their health insurance plans. The departments are vigorously defending the final rules.

New proposed conscience regulation: HHS proposed a rule in January 2018 to strengthen enforcement procedures for 25 health-related federal conscience and religious freedom laws and enforce those laws as vigorously as other civil rights laws enforced by OCR.

New protections from paying for abortion in the Affordable Care Act: In November 2018, HHS issued a proposed rule to require issuers of ACA exchange plans to bill and send separate invoices for insurance coverage for non-Hyde abortions. In April 2018, CMS issued guidance to allow individuals to claim a hardship exemption from the ACA’s individual mandate if all affordable plans offered through the federal exchanges in an individual’s area included abortion coverage, contrary to the individual’s beliefs.

Protecting life abroad: HHS worked with the Department of State to implement President Trump’s restored and expanded Mexico City Policy, known as “Protecting Life in Global Health Assistance,” to ensure that, consistent with applicable law, global health assistance administered by HHS is not provided to foreign non-governmental organizations that provide or promote abortion as a method of family planning. At international forums—such as the United Nations, the World Health Organization, and the Pan American Health Organization—HHS continued to fight the concept of abortion as a fundamental human right, as evidenced by statements, votes called, amendments offered, and resolutions opposed.

Expanding faith-based efforts on HIV/AIDS: OGA led and planned, in collaboration with the State Department, a PEPFAR Faith Community Technical Summit, convening faith-based organization and community leaders to discuss and coordinate activities to reach epidemic control, through specific focus on men and children and stigma reduction.

Working with faith-based partners on addiction: HHS’s Center for Faith and Opportunity Initiatives connected nearly 14,000 faith and community leaders and providers with information, resources, and practical strategies for addressing the opioid crisis in their communities. The center also hosted a national convening with over 60 faith-based recovery support providers, to help them play a role in the expansion of evidence-based practices for addiction, including MAT.