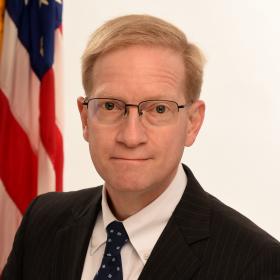 Samuel Bagenstos was appointed by President Biden and confirmed by the Senate to serve as General Counsel to the Department of Health and Human Services. From Inauguration Day until June 2022, he served in the White House as General Counsel to the Office of Management and Budget. Sam is on an unpaid leave from his position as the Frank G. Millard Professor of Law at the University of Michigan Law School. During the Obama Administration, he served as the Principal Deputy Assistant Attorney General for Civil Rights at the Department of Justice. He served from 2019 to 2021 as the Chair of the Michigan Employment Relations Commission, which adjudicates unfair labor practice and representation claims involving public-sector workers in the state.

Bagenstos served as a law clerk for Justice Ruth Bader Ginsburg on the Supreme Court and for Judge Stephen Reinhardt on the Ninth Circuit. He is a graduate of the University of North Carolina and the Harvard Law School.

Statement on the Swearing-In of Samuel Bagenstos as General Counsel at the U.S. Department of Health and Human Services
August 2, 2022
Content created by Assistant Secretary for Public Affairs (ASPA)
Content last reviewed October 21, 2022