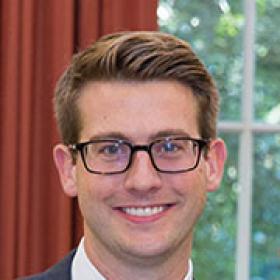 Chief of Staff, Office of the Surgeon General (OSG)

Max Lesko is the Chief of Staff in the Office of the Surgeon General. In this role, Mr. Lesko provides strategic oversight to the Office of the Surgeon General. The Surgeon General serves as the “Nation’s Doctor” providing people in America with the best scientific information available on how to improve their health and reduce the risk of illness and injury, and commands a uniformed service of more than 6,000 public health service officers serving the most underserved and vulnerable populations domestically and abroad. The United States Public Health Service Commissioned Corps – one of the eight uniformed services – is solely committed to protecting, promoting and advancing the nation’s health and safety.

Prior to coming to HHS, Mr. Lesko most recently served on the Biden Transition Team working on the Domestic COVID response. Previously he served as the National Executive Director of the Children’s Defense Fund, where he was since 2017, whose mission is to provide a strong, effective, and independent voice for all the children in America, with particular attention paid to the needs of poor children, children of color, and children with disabilities.

From 2015 to 2017, Mr. Lesko served as the Chief of Staff for the Office for Civil Rights at the U.S. Department of Education, a 600-person team responsible for the guidance and enforcement of civil rights laws to protect children in federally funded education institutions. Prior to the Department, he served in the White House as Assistant Counsel at the Office of the White House Counsel working on oversight and compliance issues and as the Domestic Director with the Presidential Personnel Office handling presidential appointments for domestic focused agencies.

In 2012, Mr. Lesko was the Get-Out-the-Vote Director for President Obama’s campaign in Ohio, drawing from his 19 months with Obama for America in 2007 and 2008. He has also worked for the Southern Poverty Law Center, the Lawyers’ Committee for Civil Rights Under Law, and the U.S. Commission on Civil Rights in legal capacities. Additionally, he served in the Department of Homeland Security in the Office of Legislative Affairs and the National Protection and Programs Directorate.

Mr. Lesko holds a B.A. in Political Science from The College of Wooster and a J.D. from Georgetown University Law Center. Mr. Lesko lives in Washington, D.C. with his spouse and 1 year old.