December 4, 2015
By: Ronald Valdiserri, M.D., M.P.H., Deputy Assistant Secretary for Health, Infectious Diseases, and Director, Office of HIV/AIDS Policy, U.S. Department of Health and Human Services
Summary:
Key among the many accomplishments was the joint effort of viral hepatitis stakeholders to collect input and recommendations, develop, and broadly disseminate the updated, cross-governmental Action Plan in April 2014. 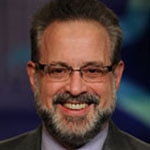 Today, we released the fourth annual report detailing progress made in implementing the Action Plan for the Prevention, Care, and Treatment of Viral Hepatitis (Action Plan) [PDF 2.1MB], the first such report since the Action Plan was updated. The 2014 Federal Implementation Progress Report, [PDF 2.2MB] compiled by the HHS Office of HIV/AIDS and Infectious Disease Policy, highlights key accomplishments within each of the Action Plan’s six priority areas and reflects work done by partners from across the Federal government.

In 2014, several significant developments supported the goals outlined in the Action Plan, including: the approvals of new all-oral therapies for chronic hepatitis C infection; the release of updated U.S. Preventive Task Force (USPSTF) recommendations for hepatitis B screening among individuals at high risk; and the bans on exclusion from insurance coverage for people with pre-existing conditions such as chronic viral hepatitis and improved access to preventive services including hepatitis B and C screening and hepatitis A and B vaccinations.

Key among the many accomplishments was the joint effort of viral hepatitis stakeholders to collect input and recommendations, develop, and broadly disseminate the updated, cross-governmental Action Plan in April 2014. Since its release, the Action Plan has served as a roadmap for our collective response, as is reflected in this progress report.

Because of the critical need to share new findings and emerging practices in the quickly evolving area of viral hepatitis, this report includes a bibliography of articles published in the peer-reviewed literature, as well as reports and other technical documents produced by Federal partners in 2014.

The activities summarized in this report represent only a subset of the many actions undertaken by federal stakeholders in 2014 to help us advance toward the Action Plan’s national goals. Together with a host of important efforts by non-federal stakeholders, these activities strengthen the foundation for continued efforts to improve viral hepatitis prevention, diagnosis, care, and treatment across the United States. The potential for progress toward these goals is greater now than ever before; however, there remains a great deal more to be done to achieve our shared vision of a world free of viral hepatitis.