HHS > CTO Home > Blog > The Secret to the Perfect Project Pitch: Practice in an Elevator

The Secret to the Perfect Project Pitch: Practice in an Elevator

April 26, 2016
By: Yasmin Kloth
Summary:
At the beginning of March, twenty-three teams were selected for the Spring 2016 Ignite Accelerator, the Department's internal innovation startup program that provides coaching and support to help HHS Staff take their big ideas from conception to tested prototype. 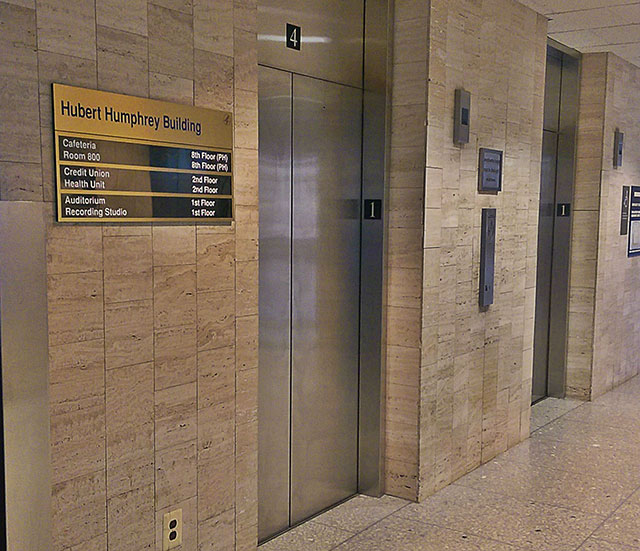 In the Hubert H. Humphrey building in downtown Washington, D.C., it takes between twenty and thirty seconds to go up eight floors in an elevator-give or take a stop or two.

On any run of the mill day, those floors are the forgotten seconds it takes to get from the first floor to your office door. It's the amount of time it takes to get in a few sips of the coffee you brought in from the Starbucks down the street. Or the time it takes to listen to a couple more verses of your favorite iTunes, Spotify, or Pandora song.

Or. It's just the right amount of time to pitch your next big idea.

At the beginning of March, twenty-three teams were selected for the Spring 2016 Ignite Accelerator, the Department's internal innovation startup program that provides coaching and support to help HHS Staff take their big ideas from conception to tested prototype. All twenty-three teams recently completed a three-day Boot Camp, an event that's part training and part design-sprint to kickstart their 3 months' effort.

A crucial part of their training has been learning how to communicate their project to a number of different audiences, including stakeholders, end-users, decision-makers, fellow entrepreneurs, venture capitalists, and senior-level government officials. Throughout their three-day Boot Camp, teams were reminded to have an "elevator pitch" in their back pocket at all times, because you never know who you might run into and when you might need it.

What is an elevator pitch? It's a concise, clear, plain language explanation about a project you are working on and why it should be funded or supported by an influential person, company, or agency. The pitch is given in the amount of time it takes to ride a series of floors in an elevator.

Bright and early at 8:30 a.m. on the third and final day of each Boot Camp, IDEA Lab staff took the the concept of an elevator pitch literally, brewing up the ultimate communications test-Boot Camp teams ended up "accidently" riding the Humphrey building elevator with HHS Chief Technology Officer Susannah Fox (all her idea). After introducing herself, she asked each team: So what are you working on? The teams had the length of the elevator ride-eight flights, 60 seconds at best (it was the morning rush after all)-to answer the question.

I got to ride along as a fly on the wall as teams presented their pitches to Susannah. Here are some things I learned by watching them:

DO introduce yourself. In the excitement and adrenaline of the moment (oh my gosh, I can't believe I'm talking to...), it can be easy to forget this crucial and important first step.

Even though you're short on time, DO give your organization's full name instead of the acronym-not everyone is familiar with the alphabet soup that makes up the names of many government agencies.

Now that five seconds have gone by, DO get straight to the point. What is your project about, why is it important, and what sets it apart? And...GO!

In the middle of all this information (15 seconds in!), DO mention the specific problem you are trying to address. This provides your listener with an understanding of how your project fits in a larger story and why it's important that you find a solution.

DO speak clearly and use plain language. You might be freaking out on the inside (the elevator keeps going up, the seconds keep counting down), but stay calm on the outside. Chances are the person you are pitching has never heard about your project before. Explain complex terms, try not to use slang or jargon, and speak clearly and with confidence.

DON'T get caught up in the details of the technology you are using or want to use, but instead highlight the business need for your project and the benefits of that need.

Before it's all over, before you hear the mechanical elevator voice announce your floor, DO ask for a follow-up opportunity. That could mean exchanging email addresses or getting the names of others who would be interested in your project.

After it's all over, after you've stepped through the automatic sliding doors, DO take a deep breath. You did it!

In the video below we captured Carin Kosmoski from the National Institute for Occupational Safety and Health (NIOSH) at the Centers for Disease Control and Prevention (CDC) pitching her Ignite Accelerator project-NIOSH Nexus: Helping NIOSH employees make connections of who does what where.