March 1, 2018
By: Monique Fontenot, HHS Public Affairs
Summary:
In the United States, an estimated 30 million people may have an eating disorder in their lifetime.

You may notice a friend or family member who has dropped a considerable amount of weight or is obsessive about needing to lose weight. They may be reclusive and continuously pushing food away, bingeing or exercising excessively. They may be suffering from an eating disorder. In the United States, an estimated 30 million people  may have an eating disorder in their lifetime. 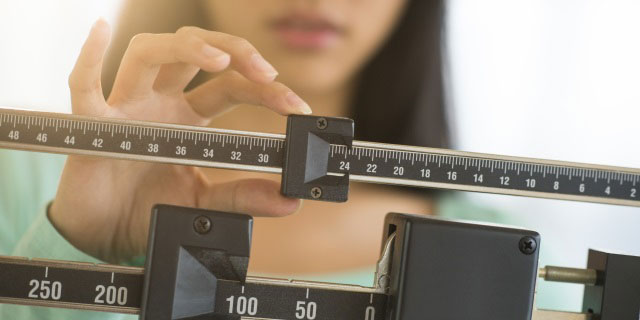 In recognition of Eating Disorder Awareness Week, February 26-March 4, 2018, we would like to dispel some myths that are associated with this disease.

Myth #1: Only women and girls can get an eating disorder.

False: According to the National Eating Disorders Association, 10 million men and boys in the United States will suffer an eating disorder. Eating disorders affect a diverse array of people of various ethnicities, ages, genders, body weight and socioeconomic groups.

Myth #2: You can tell someone is suffering with an eating disorder by the way they look.

False--sometimes:  Anorexia nervosa is an eating disorder in which a person unreasonably limits food intake and excessively exercises to prevent weight gain. Individuals who suffer from this disorder appear extremely thin. However, the other most common eating disorder, bulimia nervosa, uses bingeing and purging to control weight. These people may appear healthy, despite the internal damage being done to their bodies.

Myth #3:  Only external influences, such as peer pressure or distorted physical images, can cause the onset of an eating disorder.

False: While it is difficult to pinpoint the cause of an eating disorder, research conducted by NIH suggests that genetic, psychological, behavioral, biological and social factors can heighten the risk.

Myth #4: Eating disorders are a choice.

False:  Some research has shown a direct correlation between eating disorders and suicide attempts. If untreated, eating disorders can cause an imbalance in electrolytes that can result in a stroke or heart attack, intestinal distress, brain damage and multi-organ failure.

Posted In:
Holidays and Observances
Tagged:
food and nutrition
Previous Post
Don’t Die of Embarrassment. Get Screened for Colon Cancer Next Post
Alexa Canady: Black History in the Making