November 13, 2017
By: Christopher M. Jones, PharmD, MPH
Summary:
Antibiotic resistance is a significant threat to our nation’s public health, and one that is spreading and evolving rapidly.

Antibiotic resistance is a significant threat to our nation’s public health, and one that is spreading and evolving rapidly. It was only a couple of years ago that scientists discovered the emergence in China of mcr-1, a gene that makes bacterial infections resistant to colistin, an antibiotic that is increasingly used as a “last resort” treatment when others don’t work. Americans are already dying of untreatable infections.

This discovery and the robust multi-agency and international response illustrates the constantly evolving threat of bacteria that are resistant to antibiotics and the importance of widespread surveillance to detect new resistance types, quick response to prevent spread and development of new treatments.

As soon as the mcr-1 gene was discovered in China, the U.S. government began conducting surveillance for it here.  Less than six months later, the gene was found in a patient in Pennsylvania. Given the mcr-1 gene’s ability to move to other bacteria and make them resistant, the federal government implemented an urgent public health response to contain and slow any potential spread, coordinating across multiple agencies and surveillance systems, and relying on collaboration and innovation. The CDC, FDA, USDA, DOD and state agencies all got involved to swiftly respond and prevent further spread of resistance.

The mcr-1 gene is just one example of the broad challenge of antibiotic resistance. Every year, more than 2 million people in the U.S. get infections that are resistant to one or more antibiotics, and at least 23,000 people die as a result.  Another 15,000 or more deaths each year in the U.S. are caused by Clostridium difficile, a bacterium often associated with unnecessary antibiotic use and advanced age and can cause serious complications.

The increasing resistance to antibiotics puts at risk our ability to effectively treat sepsis or to provide effective care to cancer patients, organ transplant recipients, and burn victims, who are at higher risk of complications and infections. Drug-resistant infections can complicate the U.S. medical response to chemical, biological, radiological or nuclear emergencies. We’re also seeing more common infections, like urinary tract infections, becoming increasingly difficult to treat because of antibiotic resistance.

This is why the federal government developed the National Action Plan on Combating Antibiotic-Resistant Bacteria (CARB), to coordinate and enhance the public health response to the threat of antibiotic resistance in humans and animals, domestically and internationally. The Plan provides a five-year roadmap to guide the nation in reducing the prevalence of antibiotic-resistant bacteria by: 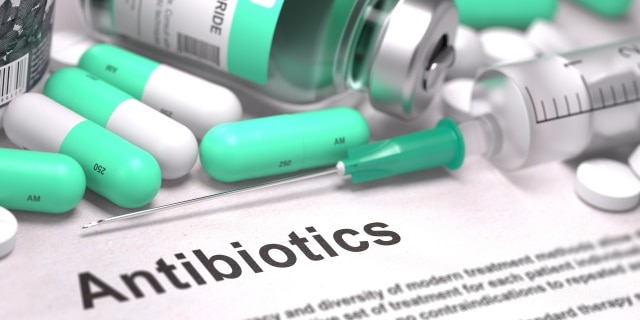 The federal government has been working diligently to implement the Plan since its release in 2015. As part of U.S. Antibiotic Awareness Week, November 13-19, 2017, HHS, on behalf of the Interagency CARB Task Force, has released a Progress Report to detail the significant progress made during the first two years of implementation of the National Action Plan. Highlights include:

The progress report of the CARB National Action Plan shows that each of us has a role in the fight against antibiotic resistance, and we can make a difference at the personal, community, state, national and international levels. From individuals working with their doctors to determine if an antibiotic is the right treatment for them, to enhanced surveillance, response and increased international cooperation, we can continue to make progress in our efforts to stop the spread of resistant infections and to ensure that antibiotics will be available for us and future generations.

Christopher Jones is the acting associate deputy assistant secretary for science and data policy, HHS Office of the Assistant Secretary for Planning and Evaluation.