August 1, 2017
By: Robert T. Croyle, PhD, Director of the Division of Cancer Control and Population Sciences at NIH’s National Cancer Institute
Summary:
Two new studies, one by NCI researchers and one led by CDC researchers, have found that cancer rates are higher in rural areas than in urban areas.

The decrease in cancer death rates in the United States has been uplifting news for the nation. A point of frustration, however, has been the continued ethnic/racial and socioeconomic disparities in cancer outcomes.

Two new studies are putting a spotlight on disparities that have received less attention: those in rural communities across the country. The studies — one by NCI researchers (on which I’m a co-author) and one led by researchers from the Centers for Disease Control and Prevention — found that cancer death rates are higher in rural areas than in urban areas. The CDC study also showed that, although cancer deaths rates are decreasing in rural areas, they are doing so more slowly than they are in urban areas.

Rural health disparities are not a new issue for NCI. In an interview for Cancer Currents last year, in fact, I discussed cancer disparities in rural communities across the country, and some of our early efforts toward revisiting this long-standing public health challenge.

What I did not and could not predict at the time, however, was the impact the recent presidential election would have on the visibility of rural America in the national debate about our economy, the future of the middle class, and the role of poverty and geography in access to quality health care.

The cancer community has long been part of the dialogue about cancer in rural America.

The increased attention toward rural health has been driven not only by politics but also by important advances in population health research, including the availability of more granular data that has allowed scientists to describe disease patterns in regions of the United States at a more localized level, and the publication and dissemination of compelling work in health geography (e.g., the University of Wisconsin’s County Health Rankings and Roadmaps  and CDC’s MMWR Rural Health Series). In particular, this research has effectively used data visualizations, such as maps, to powerfully highlight the stark differences in disease trends between urban and rural areas, further highlighting the need for additional studies that can identify the factors that contribute to these trends. 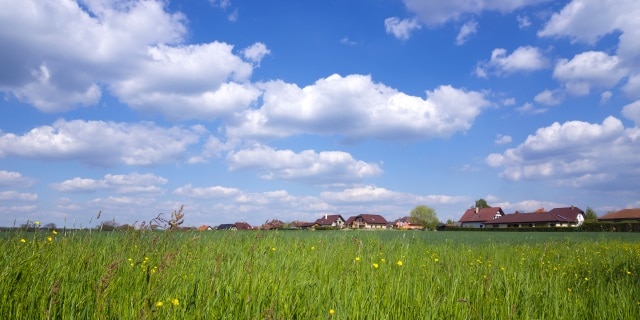 Reaching Out to the Community

To inform NCI’s efforts to better address cancer disparities in rural communities, the institute has been busy consulting a wide variety of experts and analyzing the research evidence on rural cancer control.

These efforts will dovetail with work on rural health already underway by other federal agencies, including the Health Resources and Services Administration’s Federal Office of Rural Health Policy, the Centers for Medicare and Medicaid Services’ Rural Health Council, and the CDC’s recently launched rural health initiative.

An important conclusion that emerged from this meeting is that NCI can respond to the needs of government agencies and nonprofit partners working on rural health by supporting implementation science that informs the allocation of precious resources at the local level.

For instance, during this meeting, telehealth was often cited as a tool that can help to solve some of these disparities. Unfortunately, the evidence base on how best to scale-up and implement telehealth solutions is incomplete.

Clearly, we and our colleagues in the cancer community need to make better use of the wealth of experience and knowledge within these organizations, and we plan to do just that.

Although there are numerous challenges to making progress in this area, some that seem to be surprisingly simple are far from it.

For example, one of the biggest disconnects that remains between science and policy discussions around rural health is the idea that “rural” populations are often only thought to include whites. The data clearly demonstrate, however, that some of the most severely disadvantaged and unhealthy people in America are people of color in rural areas.

A recent analysis of counties served by rural health clinics, in fact, found that in the southeastern United States, 23 percent of the rural population is African-American. The same counties had the lowest per capita number of primary care physicians of any region in the country.

Sadly, as we are seeing, many of today’s research questions in rural health appear to have changed very little from those that were being asked more than two decades ago.

Given our modest progress in addressing these issues, I believe the time is right for NCI to convene the cancer research community around the status, challenges, and opportunities in cancer control in rural communities. The planning for this meeting, scheduled for May 2018, has already begun.

In the meantime, NCI will continue to work with the cancer community and others to refine and reinvigorate our cancer control efforts in rural areas across the country.

Dr. Croyle is director of the Division of Cancer Control and Population Sciences at NIH’s National Cancer Institute.

A version of this blog was originally published July 7, 2017, at Cancer.gov.

All re-posted from: Cancer Currents