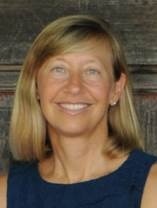 CDC announced this week that Carolyn Wester, MD, MPH, has been selected as the Director of the Division of Viral Hepatitis (DVH). Dr. Wester joins CDC from the Tennessee Department of Health where she has served as the Medical Director for HIV, STDs, and Viral Hepatitis since 2008. She begins her tenure at CDC’s DVH on January 22, 2019.

Over the last 10 years, Dr. Wester has led the daily operations for the Tennessee Department of Health section tasked with the prevention and control of HIV, STDs, and viral hepatitis throughout the state. Under her leadership, this section has successfully expanded partnerships and executed cross-program strategic plans. In particular, Dr. Wester launched and expanded the Viral Hepatitis program, integrating it with the HIV/STD section; doubled funding and tripled staff levels; expanded viral hepatitis surveillance, testing, prevention and treatment capacity across the state; and established an HIV/HCV outbreak response plan. Prior to this role, she held positions as a Research Associate at the Harvard T.H. Chan School of Public Health, the Director of Urogynecology and Pelvic Reconstructive Surgery section at Cook County Hospital in Chicago, and as an attending physician at the Rush Center for Women’s Medicine, Chicago.

Dr. Wester has conducted research, serving as the principal investigator or co-investigator of several NIH-funded research studies in Botswana, including a prevention of mother-to-child transmission of HIV study, the country’s first randomized controlled trial. She has authored or co-authored a myriad of articles and given numerous presentations on HIV, viral hepatitis, STDs, and TB and on such topics as syringe services, women’s and minority health, and opioids. She received her Medical Degree from Dartmouth Geisel School of Medicine, and a Master of Public Health, Qualitative Methods, from Harvard’s T.H. Chan School of Public Health. She holds an adjunct faculty appointment in the Vanderbilt University School of Medicine Department of Medicine.

The Division of Viral Hepatitis is part of the National Center for HIV/AIDS, Viral Hepatitis, STD, and TB Prevention at CDC. The Division’s mission is to bring together science and public health practices to eliminate viral hepatitis. In collaboration with domestic and global partners, DVH provides the scientific and programmatic foundation and leadership for the prevention and control of hepatitis virus infections and their manifestations. DVH consists of three branches — the Epidemiology and Surveillance Branch, the Prevention Branch, and the Laboratory Branch — that work collaboratively to prevent viral hepatitis infections and associated liver disease. DVH is a key partner in the National Viral Hepatitis Action Plan.

Please join me in welcoming Dr. Wester to her new leadership role at CDC and in the nation’s response to viral hepatitis. We look forward to working with her to achieve the nation’s viral hepatitis goals and to develop the next National Viral Hepatitis Action Plan.