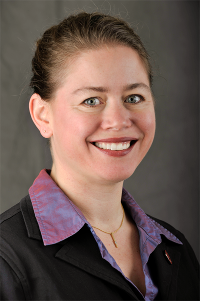 May is Hepatitis Awareness Month, providing us with 31 days to raise awareness of viral hepatitis in the United States. Awareness activities will take place throughout the month, with Tuesday, May 19th designated as National Hepatitis Testing Day. With an estimated 3.5-5.3 million Americans living with chronic viral hepatitis, most of whom are unaware that they are infected, it is critical that we continue  to build awareness and increase testing to confront this epidemic.

The updated 2014 Action Plan for the Prevention, Care and Treatment of Viral Hepatitis emphasizes the need for federal, state, and local initiatives to improve testing, care, and treatment of viral hepatitis. This month will see many efforts to promote awareness among the public and health care providers on viral hepatitis and there are numerous opportunities to get involved and spread the word.

Federal colleagues from across the U.S. Departments of Health and Human Services, Housing and Urban Development, Justice, and Veterans Affairs will be engaged in a range of activities to generate awareness of viral hepatitis prevention, care, and treatment among the public and healthcare providers alike. We invite all of our nonfederal partners and stakeholders to join us in expanding knowledge and promoting action throughout the month.  To support your efforts, we have compiled this listing of several free online social media tools to use to spread the word about hepatitis:

For more tools and information to support your outreach efforts, visit the CDC’s resources for Hepatitis Awareness Month and Hepatitis Testing Day and the AIDS.gov Hepatitis Awareness Month page. Working together throughout May and beyond, we can raise greater awareness about the viral hepatitis epidemic, get more individuals tested, diagnosed, and into care, and ultimately improve the health and lives of many Americans.

Posted In:
Prevention and Wellness
Public Health and Safety