January 24, 2017
By: Lee Stevens
Summary:
If you or your family were injured during a disaster like a hurricane, earthquake or forest fire, wouldn't you want your health data to be available to first responders and others who are there to provide care? We thought you might, and we are partnering with the State of California to pilot just such a project. 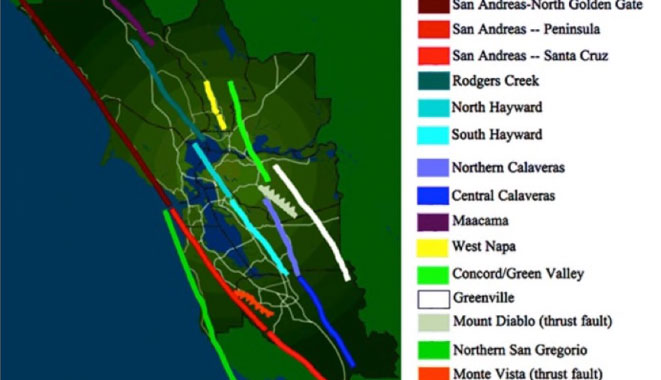 If you or your family were injured during a disaster like a hurricane, earthquake or forest fire, wouldn't you want your health data to be available to first responders and others who are there to provide care?

We thought you might, and we are partnering with the State of California to pilot just such a project.

Working at the Office of the National Coordinator for Health Information Technology (ONC), we have had the opportunity to leverage investments in health information technology to spur innovation in public health and preparedness. We are especially excited about a project that had its beginning here at ONC but only really came to fruition thanks to a unique federal-state collaboration between the HHS Assistant Secretary for Preparedness and Response, the HHS Office of the Chief Technology Officer, and the State of California.

The project, Patient Unified Lookup System for Emergencies (PULSE), received seed funding of $50,000 from the HHS Ventures Fund in July 2014. PULSE was designed to connect patients with their personal health records in some of the most challenging conditions imaginable - a natural disaster.

In late 2015, the California Legislature passed and Gov. Jerry Brown (D) signed into law four bills that support and extend the electronic exchange capabilities of the system to spread throughout the state's 58 counties and 53 Congressional Districts.

PULSE is currently being built to facilitate exchange during a declared emergency by extending interoperability across disparate technologies to support health information exchange. PULSE will allow Alternative Care Facilities (think of these as aid stations or MASH units set up during an emergency) so that EMS and authenticated volunteer providers can quickly get access to often life-saving data, when and where they need it. In the future, the PULSE system could facilitate patient lookup capability in an ambulance.

During a recent demonstration by Audacious Inquiry, the contractor that developed the PULSE technology, the program's benefits become readily apparent. In the event of an earthquake, or forest fire (like the one that recently ravaged Eastern Tennessee), first responders (defined under PULSE as any of six provider types, including doctors, nurses and EMTs) can query PULSE with standard eHealth exchange patient demographics-including name, date of birth, and gender. PULSE then sends out data tendrils to California-based HIEs, health systems and hospitals, for instance, looking for a match to the query. PULSE then enables first responders to see recent care notes from treating providers - including hospital discharge summaries and the Consolidated Clinical Documents (CCDs).

As PULSE is being developed, we have tried to ensure that it can be a model for other states to use. To support future scalability, PULSE is utilizing industry standards when communicating with HIEs and hospitals.

To provide a glimpse into the impact of PULSE-it has the potential to ensure resiliency and redundancies in the world's sixth largest economy, California. PULSE will not only protect vulnerable patients but ensure that first responders and other providers have access to patients' clinical documents at the point of care - a real limitation evidenced during Hurricane Katrina. This allows first responders and providers to make more informed clinical decisions for patients.

Cal EMSA is planning a "table top drill" to test PULSE's capabilities in June 2017 - along with four connected HIEs that will process PULSE patient queries and return clinical documents - and will also hold its fourth annual California Health Information Exchange in EMS Summit which will include workshops and a "Fireside Chat" April 3-5, 2017 in Anaheim. This conference is open to all to attend and will showcase cutting edge EMS and HIE projects from around the country.

Editor's Note: Got a similar innovation story you want to tell? Let us know. Thanks for reading.