World AIDS Day (December 1) is a time to remember those we've lost to HIV/AIDS, celebrate our successes in saving and improving the lives of people living with HIV, and renew our commitment to ending the HIV epidemic in the United States and around the world.

The U.S. Government (USG) theme for World AIDS Day 2019—Ending the HIV/AIDS Epidemic: Community by Community—reflects the lessons we've learned about the importance of strong partnerships with communities and of delivering person-centered, stigma-free HIV prevention, treatment, and care services that meet the needs of each individual.

The theme reminds us that all epidemics are local—and that working together with communities to respond to local needs is the best way to stop the epidemic in its tracks. 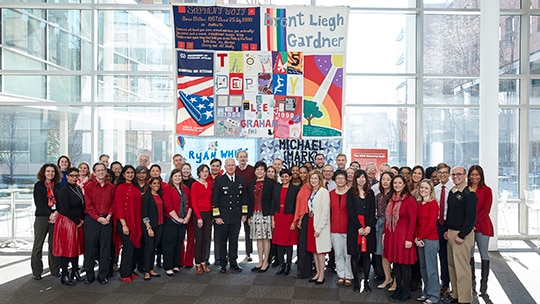 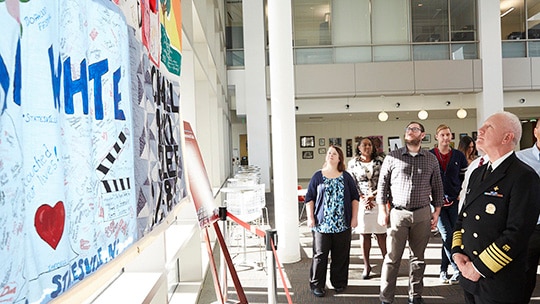 We have strong leadership for that approach to HIV, both at home, in the newly launched Ending the HIV Epidemic: A Plan for America (EHE) initiative, and abroad through the U.S. President's Emergency Plan for AIDS Relief (PEPFAR).

Through PEPFAR, the USG has invested more than $85 billion in the global HIV response since 2003 –the largest commitment ever made by any nation to address a single disease. PEPFAR partners with communities in over 50 countries and targets our efforts to the most affected geographic areas and populations.

These efforts have saved more than 18 million lives by providing life-saving HIV treatment for nearly 15.7 million people; enabling more than 2.6 million babies to be born HIV-free to mothers living with HIV; driving reductions in new HIV diagnoses among adolescent girls and young women by 25% or more in nearly all regions implementing PEPFAR's pioneering DREAMS public-private partnership; and moving the HIV pandemic from crisis toward control – community by community.

And now we are dramatically accelerating our fight against HIV in the U.S. Less than a year ago, President Trump announced the launch of EHE—a once-in-a-generation opportunity to dramatically reduce the number of new HIV transmissions in the U.S. by 75% in five years and by 90% by 2030.

EHE emphasizes routine HIV testing to achieve early diagnosis and enhances patient-centered care designed to help people living with HIV achieve and maintain undetectable viral loads. EHE will also make pre-exposure prophylaxis (PrEP) medication available to individuals at risk for HIV through a new program, we will announce in December. By effectively addressing both treatment and prevention, and the stigma which frequently is a barrier to effective care, these approaches are the foundation for our strategy for ending the HIV epidemic in the U.S.

Like PEPFAR, EHE focuses on geographic areas with high HIV transmission rates. EHE targets 50 U.S. jurisdictions that collectively account for more than half of all new HIV diagnoses and seven states with a high number of rural HIV cases. By concentrating our efforts where HIV has a disproportionate impact, we will turn the tide of the epidemic.

PEPFAR and EHE both depend on community engagement in planning, implementing, and monitoring activities designed to end the HIV pandemic. As we remember all those we've lost, we must reflect on the important role communities play in our fight against HIV. Today, with the right tools, right data, and right leadership, we must seize the historic opportunity to control and ultimately end the HIV epidemic, community by community. We invite you to join us in making that goal a reality.