A Time for Second Chances

April 26, 2019
By: Eric D. Hargan, Deputy Secretary of the Department of Health and Human Services
Summary:
Second Chance Month is an opportunity for everyone to reflect on the power second chances have to transform lives and strengthen families and communities.

President Donald J. Trump has again recognized the importance of reentry for people returning to their communities from prison or jail, by declaring April 2019 as Second Chance Month. A crucial component of our work across the federal government is ensuring those reentering from incarceration succeed in becoming productive, law-abiding individuals. At HHS we understand that we have a role in substance use disorder treatment, empowering those returning from incarceration for success through employment opportunities, maintaining or rebuilding family connections and more.

I’m proud to say HHS is continually working to identify areas where more can be done to address the barriers to achieving self-sufficiency that this population faces. We know that at least half of the men and women incarcerated today have misused substances before entering custody. Unfortunately, overdose is the No. 1 cause of death for individuals when they reenter society after incarceration, with opioids being the most common substance used in those overdoses. The risk of death is also greatest within the first few weeks of reentry, meaning that connecting this population to substance use disorder treatment during incarceration and reentry is critical.

To address the high risk of overdose among the reentry population, we have several initiatives under way. The National Institute on Drug Abuse (NIDA) Justice Community Opioid Innovation Network is identifying strategies that will improve the quality of opioid use disorder treatment in criminal justice settings. The Substance Abuse and Mental Health Services Administration (SAMHSA) is funding drug courts, reentry grants and, in December 2018, hosted a daylong Criminal Justice Virtual Symposium on access to services for this population. SAMHSA also has released a brief, “Medication-Assisted Treatment in the Criminal Justice System: Brief Guidance to the States,” that provides guidance to state governments on increasing the availability of MAT in criminal justice settings. By including the criminal justice system as a path to treatment, states may see increases in access to and maintenance in treatment and might see lower rates of overdoses, re-offending and re-incarcerations. Additionally, we are working on implementation of the “SUPPORT for Patients and Communities Act,” a law which includes important provisions supporting best practices for states to improve care transitions for certain soon-to-be released individuals. 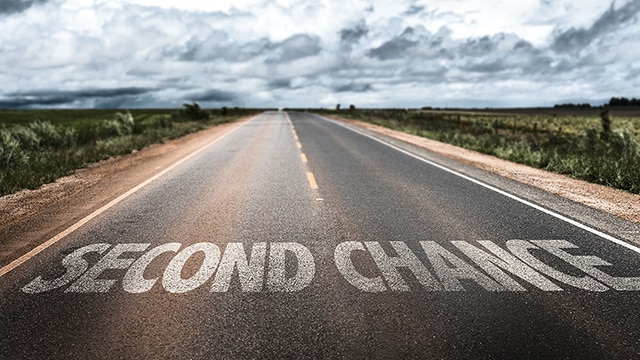 HHS is also committed to helping the reentry population find employment. Even with identical qualifications, job applicants who have a criminal record are 50 percent less likely to be called for a job interview or to receive a job offer than applicants who don’t have a criminal record. Several agencies in HHS are working to address this challenge, including the Administration for Children and Families, Office of Family Assistance, which has funded five Responsible Fatherhood Opportunities for Reentry and Mobility grants. Through this initiative, reentering fathers have the opportunity to find employment, to connect with their children and families and to achieve economic mobility. At HHS we’ve also identified growing areas of employment for the reentry population and last October released a report on how individuals with criminal records who do not pose a public safety risk can help fill the need for health care workers by entering the field in positions such as Emergency Medical Technician, Certified Nursing Assistant, and Community Health Worker.

These are just a few examples of the many efforts we are leading at HHS to provide community members returning from incarceration with an honest second chance. This Second Chance Month, I hope you’ll join us in taking the time to raise public awareness about the importance of second chances in transforming lives and strengthening families and communities.