January 31, 2019
By: George Marriott
Summary:
My life was dramatically altered when a revolutionary new drug, approved by the Food and Drug Administration only in late 2017, was injected into my retina.

I was at the local farmers market recently and found myself staring at my wife, Sara. I had never seen her face so clearly – she had such a beautiful smile. This was more than a case of a loving husband. I had just undergone, literally, cutting edge gene therapy surgery to restore much of my fading vision. And it apparently has been successful.

I have Leber’s Congenital Amaurosis (LCA), Type 2, which is, to be technical, the third mutation on the RPE65 gene. I have basically been legally blind my entire life. Although glasses had helped somewhat, my visual field was very limited, with no peripheral vision. This made navigating stairs, orange cones, children, chairs and handshakes challenging. In low light like at a Starbucks, let alone Metro Center, I saw nothing. My eyes just stopped working. So mood lighting was out. I needed flood lights indoors on a bright sunny day in a house built of glass. My color vision was also limited. As the light level dropped, my colors disappeared, so a beautiful sunset turned to grey and black. I could never appreciate Sara’s red hair.

My life was dramatically altered in October 2018 when a revolutionary new drug, approved by the Food and Drug Administration only in late 2017, was injected into my retina (left eye first; right eye, a couple of weeks later.). 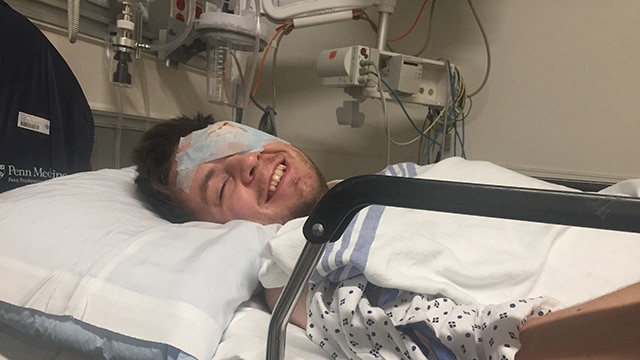 To provide a short very unscientific explanation, the drug I received is a non-disease causing virus that would be administered to the cells in my retina. The virus inserts a working human RPE65 gene controlled by an engineered DNA sequence partially derived from the chicken genome. (I like to think of my eyes as “chicken eyes.”) This type of treatment is known as a “gene therapy,” and the drug I received is the first ever gene therapy approved by the FDA for a disease caused by mutations on a specific gene.

I was one of the first people to undergo this treatment since the FDA approval, which was just the third gene therapy ever approved in the U.S. For now, these may seem like rare, extreme treatments—but that may soon begin to change. There are already more than 800 investigational new drug applications for gene therapies on file with the FDA today, and the agency predicts there may be 200 more per year by 2020. Earlier this month, the FDA announced that it would be advancing a number of new guidances to accelerate the development of these treatments, including guidances for specific hard-to-treat diseases like hemophilia.

My personal journey to a treatment for my vision has been a long one, with several rounds of disappointment. About seven years ago (before I moved to the United States for school and love), my eye doctor in England told me that it was uncertain how quickly I would lose my vision entirely. While I always knew it was a possibility, the stark reality had never been spelled out so clearly. I spoke to Sara about it, and being a scientist and a fixer, she was off researching.

The drug, Luxturna, was approved by the FDA in December 2017, and I tried to be first in line for this treatment. But in order to get into line, I had to take multiple genetic tests to prove to the doctors and my insurance company that I actually had the correct mutated gene. Besides the issue of whether the drug would work for me, there was the matter of price: Luxturna cost $425,000 per eye. Once you add in the surgery, follow-ups and other drugs, the total cost is somewhere north of $1.1 million. That’s a big number injected into your eyeballs.

What is your vision worth? That’s a difficult question to answer. When the FDA was reviewing Luxturna, there was a public debate over its high cost, with some people saying the price tag was just too high. The general discussion continues on how to limit the high cost of prescription drugs, and some HHS officials have already pointed out that new processes may be needed for highly expensive gene-therapy cures.

It took a few months to get my health insurer on board. First came an appointment at a retina specialist in Washington, D.C., followed by a repeat of my genetic test as the U.S. did not recognize the U.K. certified lab results. The kit for the DNA sample arrived the afternoon I was due to fly to England to visit my family. Sara rushed me across town for this small sample to be taken. Well, it turned out to be not so small. The technician proceeded to take about half a pint of blood out of me. I stood up, walked three paces and fainted. Sara made a futile effort to catch me but to no avail. Apparently, trying to hold up 160 pounds of dead weight falling away from her was too much.

My insurance company agreed to cover the treatment but wanted to make sure that not only did I have the mutated gene but that I had enough viable cells for the drug to work on. From what I understand, at 29, I am old for an LCA patient to still have vision. This was my greatest fear, that the treatment had become available too late for me to be a candidate.

The actual treatment was preceded by hours of MRIs and Virtual Reality obstacle courses to map and model my retinas.

After I woke up in post-op, I was instructed to lie on my right hand side for four to six hours. I was not to sit up or lie on my back; otherwise the drug might move. I had a headache, but not that bad considering I just had three incisions in my eye, had some jelly sucked out, had my retina detached, an air bubble placed under it and a virus shot into it.

It turned out that because I was on my side after the first surgery, some of the virus did migrate away from the retina, giving me some unexpected peripheral vision.

As my eyes heal from the surgery and react to the gene therapy, I’m learning new things every day about my sight. My doctors were frank about what they don’t know about my vision in the future. This gene therapy is not a cure. But whatever the future holds for me, I can see now and can appreciate my wife’s smile, a multi-colored sunset and even the stripes on the fish in the aquarium we recently visited. I’m holding out for the stars in the night sky. 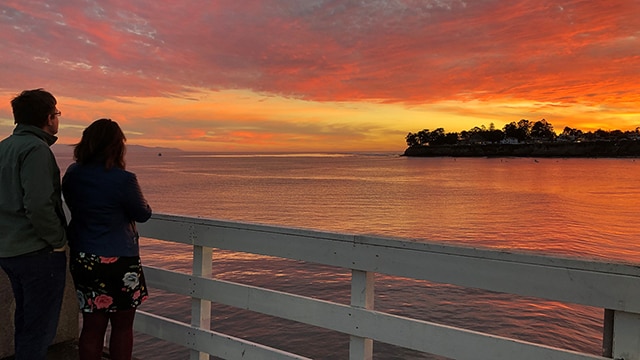