Home > Blog > My Story of Recovery

From Stolen Pills to the U.S. Public Health Service: My Story of Recovery

Note: This is one of a series of stories by people whose lives have been affected by the use of opioids. Fighting the nation’s opioid crisis is one of HHS’s main priorities. 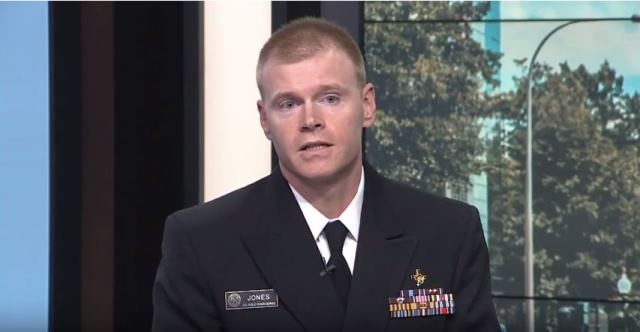 I’m a captain in the Commissioned Corps of the U.S. Public Health Service. I hold a position of responsibility at HHS working on the nation’s opioids crisis and serious mental illness initiatives — and I’ve been in recovery from addiction for more than 16 years.

It’s not easy to open my life story to the public, but I want to share it in hopes of showing others struggling with addiction that recovery is possible. I want to fight the stigma of addiction that has kept so many hidden and made it difficult for them to seek the help they need.

No one would have suspected that I would be a candidate for opioid abuse. As a teen in Macon, Georgia, I played soccer. I went to church. I was doing well in high school — I went to a small Christian school where substance use was not the norm. I didn’t use illegal substances. I didn’t drink. I didn’t smoke. In fact, it never crossed my mind to do any of those things.

And then, I had my wisdom teeth taken out when I was 17 and I was prescribed Tylox, which includes oxycodone, a powerful opioid, for the pain. After the first pill, I remember thinking I want to feel like this all of the time.

I did what I could to prolong that feeling of euphoria. I rummaged through the medicine cabinet at home. I stole drugs from my girlfriend’s medicine cabinet. I also started stealing pills from the pharmacy where I worked afternoons.

Opioids were euphoric. I could show up anywhere altered but no one would know — at least at the beginning. My parents had no clue. I drove under the influence and kept taking more and more as time went on. Because these were prescription drugs, I thought I was fine. The thought of an overdose never occurred to me.

Before leaving for college, I broke my thumb in a soccer game, but the doctor wouldn’t give me a prescription. I tried to forge one, but when the pharmacist said he was going to check with the doctor, I left. My father found it later in the car and confronted me, but I insisted that I was just joking around.

As time went on, I was feeling increasingly chaotic internally. Opioids occupied my mind. I became more and more isolated from everyone. It was still my secret—although relationships became more tense; I yo-yo-ed from elated to moody, depending on whether I had opioids.

In college, I again started working at a pharmacy where I was able to tuck stolen bottles of opioids and other drugs like stimulants and benzodiazepines in my pockets. When I was out of drugs and got desperate enough, I would swish water in the empty bottles to see if there was enough opioid dust to make me high or not go into withdrawal. The desire to get more drugs occupied nearly every thought of the day. And increasingly I was experiencing consequences – health, economic and social – from my use, including an overdose during class and one during a Sunday lunch with family.

Shortly after I started pharmacy school, my parents showed up at my apartment, and I was clearly intoxicated; the place was filthy – weeks of laundry, dishes and worse strewn about. I get chills thinking of how low and isolated I had become.

It all, at times, seemed rational to me, and I didn’t see any way out. I did not understand the concept of addiction or where to go for help. I did know, however, that I couldn’t talk about it with anyone. It just wasn’t acceptable in my social circle.

One day, the dean of students at my pharmacy school called and asked me to stop by. Waiting for me at the office was my father and a man holding a badge and handcuffs. My secret had been found out. The officer said they could arrange for me to enter treatment immediately or I could go to jail. Because I was a pharmacy graduate student, I was able to go to an inpatient treatment facility for impaired professionals.

Although it felt like the lowest point in my life, it was really a lifeline and the humbling experience I needed. I’m now grateful that I was able to get into treatment, to learn about addiction as a disease, and to start being honest with myself and those around me. Through treatment, I began to work a program of recovery and I engaged with peer, self-help groups.

Because I wasn’t allowed back into my pharmacy program for a year, I got a job at a coffee shop and began to learn how to live a life without using substances. I also had a long list of amends to make, including paying the pharmacy back for the drugs I stole. It took several years of monthly payments, but it was important to mend the damage I caused.

Eight months into my recovery, my mom was diagnosed with colon cancer. Because of my recovery, I got three more years with her and was able to mend that relationship and cherish that time with her. It was one of the greatest gifts of recovery.

After I got my pharmacy doctorate, I worked at CDC in the bioterrorism area and then tried working in the private sector, but found I preferred public service. When I decided to come back to the federal government, I knew I wanted to join the Commissioned Corps, where I could work both in an office setting and be deployed to help the public during times of need. In all cases, I disclosed my history with opioids and substance use. I had to pass pharmacy and medical review boards before the Commissioned Corps accepted me.

Recovery is a life-long commitment that takes work. Even 16 years later, I still participate in self-help groups and work with people in recovery. And each day at HHS, I have the privilege of working on substance abuse research and policy to help prevent substance misuse and to help those struggling with it.

There’s much we know about addiction and effective treatment. But we also know that we are losing too many people. Stigma is a critical part of that. No one should die because stigma prevented them from getting the help they needed.

If I can share my story and show the transformative nature of recovery and be an example of one of the millions of Americans living in recovery, maybe that will give hope to somebody else.

On January 2, 2018, Christopher Jones started a new position as the first director of the National Mental Health and Substance Use Policy Lab at SAMHSA. The Policy Lab was created as part of the 21st Century Cures Act and promotes innovation and the dissemination of evidence-based practices and service delivery models related to mental health and substance use.

For information about opioids and what the Department of Health and Human Services is doing to combat the opioid overdose epidemic, see https://www.hhs.gov/opioids/index.html.