One is a CDC doctor who has spent his career expanding and improving access to medicine to millions of people worldwide living with HIV/AIDS. Two are FDA employees who helped speed regulatory approval for a break-through medical device that helps people with type 1 diabetes manage their disease.

These three Health and Human Services employees were among 11 federal workers last week who were awarded the Partnership for Public Service’s Samuel J. Heyman Service to America Medals. The awards, also known as the SAMMIES, are named for the Partnership for Public Service’s late founder who was inspired by President Kennedy’s call to serve in 1963. The Partnership is a nonprofit, nonpartisan organization whose goal is to help make the federal government more effective.

The three HHS honorees are: 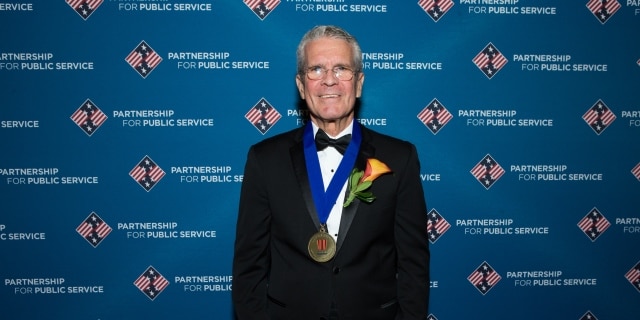 According to the Partnership, Ellerbrock was “one of the key players” behind the President’s Emergency Plan for AIDS Relief (PEPFAR), an initiative launched in 2003 by the administration of President George W. Bush. Ellerbrock was credited with scaling up the system to deliver medicine to developing countries, build international partnerships, and oversee evaluations in more than two dozen countries to identify problems and recommend solutions.

In a video for the Partnership, Ellerbrock spoke of how while he was with the Peace Corps in the Philippines, he had an epiphany about what he wanted for a career—he wanted to provide modern medicine to developing countries.

“You become a doctor to try to make a difference in peoples’ lives, to save lives. This effort, thanks to the generosity of the U.S. government and its people … we are saving millions of lives,” Ellerbrock said.

Dr. Shannon Hader, Director of the CDC’s Division of Global HIV and Tuberculosis, said in a statement for the Partnership, “He did something that had never been done before. He figured out how to roll out safe and effective treatment programs in developing countries.”

The Partnership said the FDA’s Lias and Beck were honored for their work for individuals living with diabetes, by transforming “a slow and cumbersome process to review and approve breakthrough medical devices like the artificial pancreas,” three years earlier than expected.

For the 1.2 million Americans living with type 1 diabetes who must constantly monitor their blood sugar level and determine the correct amount of insulin to take, this device could be life-changing, according to medical experts and patient advocates.

“This is an incredible milestone. To have a system automatically dose insulin is massive. And it opens the door to tons of possibilities,” Aaron Kowalski, chief mission officer for JDRF, an advocacy group for people with type 1 diabetes, said in a statement to the Partnership. 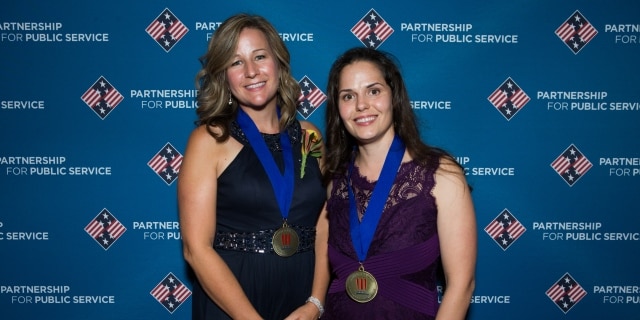 Courtney Lias and Stayce Beck of FDA were recognized for improving the regulatory review of a new medical device to help people with type 1 diabetes.

Lias and Beck treated industry, doctors and hospitals and patient advocacy groups as partners, making sure everyone had a voice and that manufacturers had a clear understanding of what documentation would be needed, how the clinical trials should be designed and how patient testing of the device could be made safer.

“Prior to their intervention,” the Partnership said, “clinical investigators had to go through multiple rounds of reviews before they could start a clinical trial on systems like the one [the artificial pancreas] that Medtronic developed. Lias created a special team and timeline to expedite the clinical trials. The FDA team also worked with Medtronic to speed up the process by reviewing the device component by component, rather than wait until the entire system was complete.”