Home > Blog > No Time to Rest from One Hurricane, HHS Helps Prepare for Another

No Time to Rest from One Hurricane, HHS Helps Prepare for Another: Hurricane Irma

September 6, 2017
By: HHS Office of Public Affairs
Summary:
In preparation for Irma, HHS has pre-positioned incident coordination staff and equipment in Puerto Rico and Georgia.

Anticipating significant destruction, pounding winds and flooding from Hurricane Irma as the category 5 hurricane approaches U.S. territories and states, the Department of Health and Human Services has declared a public health emergency in Puerto Rico and the U.S. Virgin Islands and pre-positioned medical support personnel near potentially impacted areas. HHS has also alerted additional medical and public health teams to be ready to deploy where needed.

Irma’s impact is expected to be devastating, likely knocking out electricity, destroying homes and other buildings and making emergency travel and rescues difficult.

Two HHS regional emergency coordinators are stationed in Puerto Rico with about 75 other federal responders at the FEMA Distribution Center, a windowless bunker-like facility, hunkering down at the center for the night as the winds increase and roadways are blocked by fallen trees. The HHS coordinators are there to facilitate the federal public health and medical response for Puerto Rico and U.S. Virgin Islands.

Federal personnel and equipment are provided at the request of state or territory officials. To ensure that HHS is positioned to fill requests immediately from the affected areas, the department has pre-positioned incident coordination staff and equipment in Puerto Rico and Georgia. These teams will oversee response activities in Puerto Rico, the U.S. Virgin Islands, and Florida. 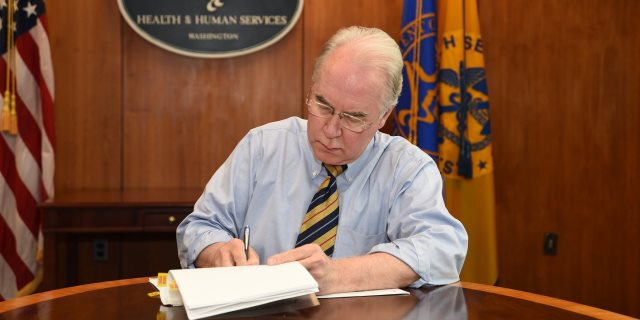 HHS also dispatched a Disaster Medical Assistance Team (DMAT) from the National Disaster Medical System to Puerto Rico, and pre-positioned two DMATs in Georgia to be prepared to dispatch quickly into areas affected by Irma.

DMATs consist of medical professionals and support personnel from the private sector who are called into federal service during disasters to help local officials meet the overwhelming need for medical care after storms.

To aid state and territory officials in preparing for potential health impacts, HHS makes emPOWER data available to public health officials in Puerto Rico and Florida. This data shows the number of Medicare beneficiaries in each potentially impacted area who rely on any of 14 types of life-maintaining and assistive equipment, ranging from oxygen concentrators to electric wheelchairs, as well as data on the number of people who rely on dialysis, oxygen and home health services. These people are among the most vulnerable in their communities and are most likely to need life-saving assistance in prolonged power outages.

If needed, HHS can establish Federal Medical Stations capable of providing care for to up to 250 patients at a time. HHS set up and staffed a Federal Medical Station at a convention center in Houston after Hurricane Harvey made landfall in Texas. The department also can mobilize additional medical supplies and equipment, including pharmaceuticals, as needed to aid the local medical response. 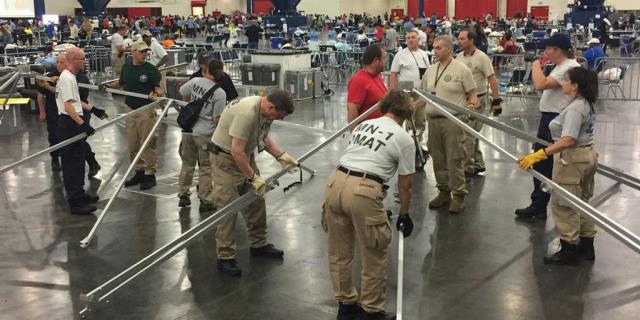 HHS encourages people in the hurricane zone to take actions to protect their health during and after the storm, including how to maintain safe foods, to avoid the dangers of flood waters, and to recognize and cope with traumatic stress.

Information on health safety tips before and after the hurricane will be provided by HHS’ Office of the Assistance Secretary for Preparedness and Response and will be available at www.phe.gov/irma.

Critical updates will also be available at:

Posted In:
Emergency Preparedness and Response
Tagged:
Harvey | Irma | Hurricanes
Previous Post
Every American Has a Part to Play in Suicide Prevention Next Post
Standing by Texas and Louisiana in the Face of Hurricane Harvey