Home > Blog > Stories from the Front Lines of the Opioid Crisis

Slipping Through the Cracks: Stories from the Front Lines of the Opioid Crisis

May 12, 2017
By: Tom Price M.D., HHS Secretary
Summary:
Secretary Price will be publishing a series of blog posts about his national opioids listening tour. This is the first of the series.

Americans who have followed the opioid crisis plaguing our land know that this is a scourge of unprecedented scale. But it’s not until you get out there to talk to people who have lived this crisis, as a team from HHS has been able to do this week, starting with a trip to Michigan and West Virginia on Tuesday, that you can really grasp its enormity.

When you hear or read some of the more harrowing stories from this epidemic, like one person overdosing multiple times in a day, it is easy to think they are extreme examples, maybe even a little exaggerated. But on the ground, you quickly find out they are not. This epidemic really is that horrible.

On a beautiful Tuesday morning in Lansing, Michigan, we heard from a range of people who have been on the front lines: the governor and lieutenant governor; the deputy chief of the state police; a state senator who’s a recovering alcoholic; a local pharmacist; an emergency room physician; and two parents whose own homes have been struck by the crisis—Linda Davis, a district court judge who has become an advocate for connecting those in the criminal justice system to the treatment they need, and Mike Hirst, who founded a nonprofit after his son passed away from an overdose in 2011.

Judge Davis cited the lifesaving work Michigan has done to expand access to overdose reversing drugs—one of HHS’s five priorities for fighting the opioid epidemic—and how she knows people who are alive today because of the work done in her state.

But she was right to say that is far from enough. We heard multiple stories of people overdosing on an opioid, receiving an overdose reversing-drug, being discharged from the hospital, and then going on to overdose again the same day. In one case, three young people who lived in the same house all overdosed in the same day, and were all saved with overdose reversers. Later that day, all three of them overdosed again, and one of them did not survive.

Several years ago, the crisis struck home when Judge Davis’s high school aged daughter began using heroin. Knowing she might lose her daughter to addiction, Judge Davis said, was the most devastating feeling she’s ever known.

Her daughter was able to get the help she needed to begin the road to recovery, but hundreds of thousands of Americans today are not. That’s why expanding access to treatment, including medication-assisted treatment, is another of HHS’s five strategies for combating this epidemic. 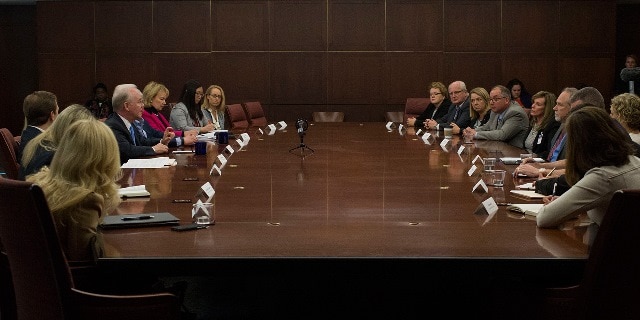 At the same listening session, one physician laid out a heartbreaking example of the kind of gap we need to fill.

Just last week, she had seen a 24-year-old woman who was struggling with cravings and withdrawal. In the time she had with her patient, she had no way to get her the medication she needed or connect her with recovery services. All she could do was point her patient toward other resources and wish her luck. What’s needed, she said, is a better system for connecting people at key moments—after an overdose, or in the moment they decide to seek help—to comprehensive help.

We heard similar concerns later that afternoon, after our plane touched down through the clouds at Charleston, West Virginia’s mountaintop airport. As part of the listening tour, we stopped at a fire station on the west side of the capital city.

While we were chatting with the first responders, learning about their practices for administering overdose-reversing drugs, an emergency call came over the radio. An unconscious man had been found under a bridge in town. He had likely overdosed, they said, and they would be heading to one of maybe four calls they get for overdoses just at that one fire station each day. Just as we were standing there, another life may have been snuffed out by this epidemic. 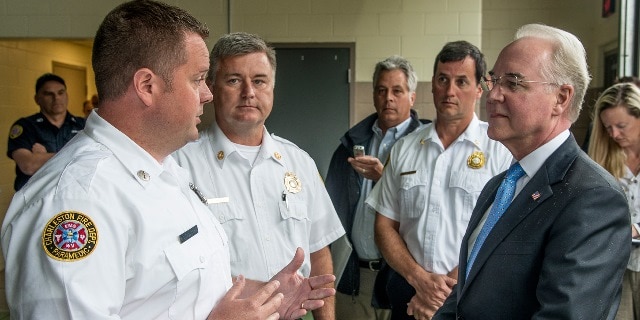 It is not uncommon for Charleston’s first responders, like the authorities in Michigan, to revive people from overdoses more than once in the same day. Part of the reason this happens, they said, is the same issue we heard raised by the physician in Michigan. There are not enough options for treatment and recovery services and they are not readily available when people might be looking for them, which sadly is often at the emergency room or in a jail cell.

Coming home from this trip, we’re dedicated to figuring out what the federal government can do to empower local governments and communities to close this gap—to make sure no one is slipping through the cracks. We were lucky to be joined by Kellyanne Conway, counselor to President Trump. As Kellyanne pointed out, determining the right federal role for tricky issues like access to treatment will be the work of the President’s Commission on Combating Drug Addiction and the Opioid Crisis.

Back in Michigan, we also heard from State Rep. Joe Bellino, who is a person in recovery himself and now a leader on substance abuse issues.

What we’re dealing with isn’t your uncle’s alcoholism, he said, which almost feels like an understatement. This is a drug crisis without precedent in American history that is stealing lives of our brothers and sisters every day.

We’re grateful for the people of West Virginia and Michigan who shared their stories with us, and who are working to turn the tide against this crisis. After what we saw and heard on Tuesday, we at HHS are that much more dedicated to helping them succeed.

This week, @SecPriceMD continued a national listening tour on the #opioid crisis, with stops in Michigan and WV → https://go.usa.gov/xNc3t via @HHSgov