“It’s interesting work to safeguard these bedrock health care programs. … [T]hese aren't victimless crimes, so it’s an incredible feeling of accomplishment to protect vulnerable patients that could be anyone from our grandparents to a niece or nephew from abuse or financial harm.” 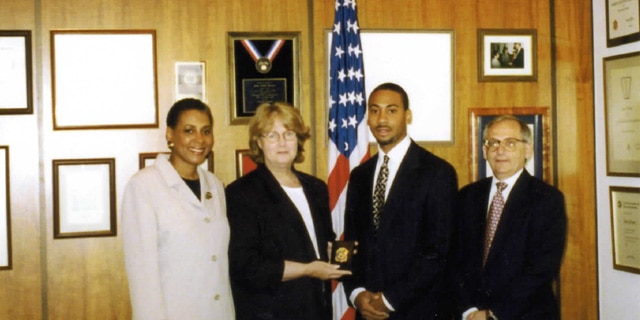 In the fight against health care fraud, the stakes are high. Diversity of thinking and perspective is key for fraud-fighting efforts when patient well-being and taxpayer money is at risk, according to Special Agent in Charge Derrick L. Jackson, who heads investigations in the HHS Office of Inspector General’s Atlanta region.

“Bringing together different backgrounds, ideas and experiences is a recipe for success for the Office of Inspector General, for our investigations in particular. For example, when we're investigating a Russian crime ring, it's smart to have an agent from that community who can speak Russian on the case,” said Jackson, an African-American, second-generation investigator who has worked for the federal government for 22 years, with 18 years at OIG.

Diversity and inclusion efforts to recruit and maintain a diverse workforce is essential to OIG’s mission to safeguard HHS programs and protect patients and others served by those programs, said Jackson. He also serves as the national diversity recruitment coordinator for OIG’s Office of Investigations.

For Jackson, public service runs in the family. His mother was the minority recruiter for OIG’s Philadelphia Regional Office. 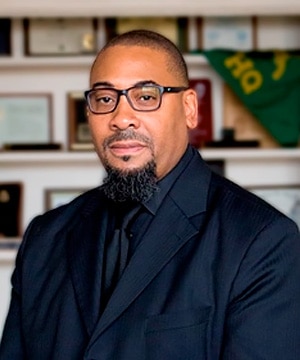 “My mother, Carolyn R. Jackson, became the first African-American as well as the first female assistant special agent in charge in the Philadelphia region. Also, when I graduated from the Federal Law Enforcement Training Center, my mother and I became the HHS OIG’s first parent-child special agents,” Jackson said. “OIG had my ‘swearing in’ badge ceremony in Washington, D.C., to celebrate this historic event.”

Still, the path to federal law enforcement was not direct. After graduating from Temple University, Jackson had a brief stint with the Philadelphia Phillies baseball organization. A few years later, he joined the Justice Department’s Bureau of Prisons, running the recreation department and programs for the inmates at a prison in Pennsylvania. The positive experience with DOJ, combined with exposure to his mother’s passion and commitment to her job, enticed him to pursue law enforcement as a career.

“It’s interesting work to safeguard these bedrock health care programs. Plus, these aren't victimless crimes, so it’s an incredible feeling of accomplishment to protect vulnerable patients that could be anyone from our grandparents to a niece or nephew from abuse or financial harm,” Jackson said. “Young people get it: Serving your community in this face-to-face work is a great feeling.”

Diversity outreach is, like fraud investigations, hard work. “Diversity is being invited to the party, inclusion is being asked to dance,” he said.

As part of OIG’s diversity and inclusion efforts, Derrick and regional coordinators visit colleges and high schools -- 20 schools and 3,000 students in 2016 -- to inform students about OIG, its mission, and potential internships and investigations jobs. He and his team work with the National Organization of Black Law Enforcement Executives, Women in Federal Law Enforcement, Hispanic American Police Command Officers, and National Asian Peace Officers Association.

“I have a responsibility to reach the next generation and leave OIG a better place than when I entered,” Jackson said.

For this @OIGatHHS staffer, fighting fraud runs in the family. Learn how he’s trying to leave OIG a better place. https://go.usa.gov/xXaMs