A .gov website belongs to an official government organization in the United States.

A lock () or https:// means you’ve safely connected to the .gov website. Share sensitive information only on official, secure websites.

Together We Can Save Lives

We can prevent overdoses and save lives by ensuring equitable access to essential health care and support services without stigma.

Preventing substance use disorder is the first step towards addressing overdoses. Learn about effective prevention programs and safe prescribing practices.

Harm reduction is critical to keeping people who use drugs alive and as healthy as possible. Read the research and reduce stigma.

When a person is ready, high-quality treatment must be available without delay. Help improve access to treatment.

Recovery support services can lead to better long-term outcomes, especially when available in communities where they are needed. Explore different types of recovery services.

The overdose crisis is national, but the impact is personal.

As the overdose crisis continues to change, we must take a pragmatic, evidence-based approach to saving lives, reducing risk, and removing barriers to effective interventions. This requires that we provide care and services that respect the health and dignity of people who use drugs.

The overdose crisis has evolved over time and is now largely characterized by deaths attributable to illicitly manufactured synthetic opioids, including fentanyl, and, increasingly, stimulants. Since 1999, the rate of overdose deaths has increased by over 250%. 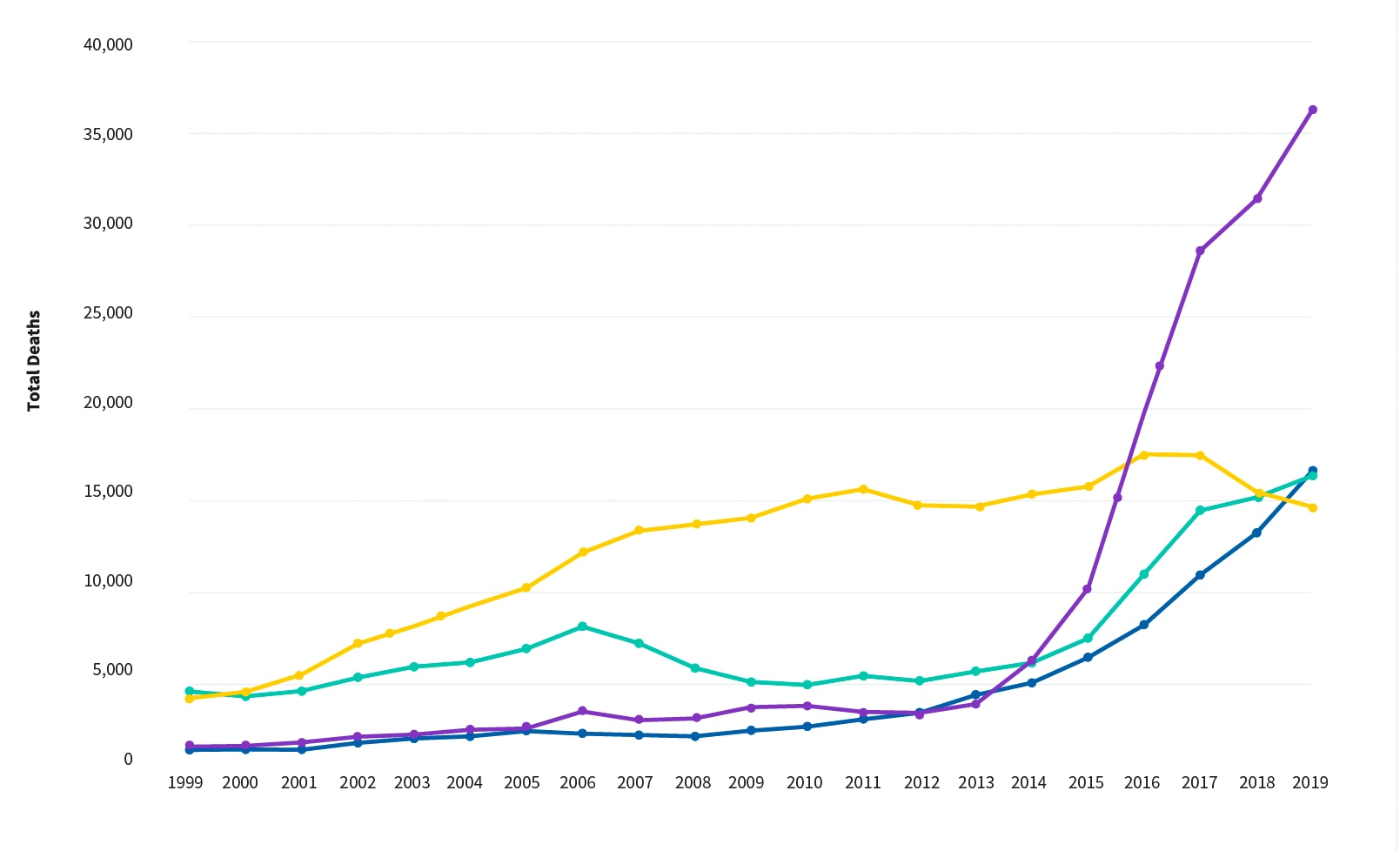 In 2019, non-Hispanic American Indians or Alaska Natives had a higher drug overdose death rate than any other racial or ethnic group (30 per 100,000).

People without health insurance, or who were incarcerated, or who are living in poverty are at increased risk of fatal opioid overdose.

Therefore, the President proposed $11.2 billion for HHS in the FY 2022 budget, a 54 percent increase from the previous year's budget (enacted), to expand access to substance use prevention, treatment, harm reduction, and recovery support services. In addition, there is proposed funding to bolster the nation’s behavioral health infrastructure.