In Oregon and Washington, Secretary Becerra Highlights the Importance of Investing in Mental Health

During stops in both states, the Secretary discussed youth mental health, the transition to 988 in July, and HHS’ Overdose Prevention Strategy with state and local leaders.

During his trip to Oregon and Washington, two of 10 states he has visited as part of HHS’ National Tour to Strengthen Mental Health, he talked with state and local leaders, and everyday Americans, about the importance of youth mental health, America’s transition to the 988 National Suicide Prevention Lifeline in July, and HHS’ Overdose Prevention Strategy.

HHS’ National Tour to Strengthen Mental Health was launched in March following President Biden’s State of the Union address. The national initiative is focused on raising awareness about the importance of mental health, one of the four Biden-Harris Administration Unity Agenda priorities.

“Over the past few years, we have seen large increases in the number of children diagnosed with mental health conditions, such as anxiety and depression,” said Secretary Becerra. “At HHS, we are making historic investments in our mental health and substance use prevention services, awarding states and territories billions in new funding so that they can help more Americans in need. Our goal is to get all Americans — especially our youth — the mental health services they need and full parity between physical and mental health care.”

“It was an honor to join Secretary Becerra in Oregon and Washington to hear directly from groups and organizations providing critical support to youth and adults in need,” said Region 10 Director Ulrey. “We will continue to stand with providers and community organizations here in Region 10, and align with state and local government officials as we work to provide individuals most in need with the mental health and treatment services they need.”

On Thursday, in Portland, Oregon, the Secretary visited Lines for Life, a regional non-profit crisis call center, to meet with staff and teen volunteers who provide 24-7 support for people struggling with substance use, thoughts of suicide, and other mental health challenges. As part of the visit, Secretary Becerra was joined by Congresswoman Suzanne Bonamici (OR-1), Congressman Earl Blumenauer (OR-3), Congressman Kurt Schrader (OR-5), Governor Kate Brown (D-OR), and state and community leaders for a roundtable discussion on how Oregon is working to successfully transition to the 988 National Suicide Prevention Lifeline in July. Watch the recording of the youth mental health roundtable in Portland.

On Friday, in Seattle, Washington, the Secretary visited Crisis Connections to discuss HHS’ work to support adults and teens in crisis. Crisis Connections, like Lines for Life in Portland, will be a key HHS partner in the success of the transition to the 988 National Suicide Prevention Lifeline. As part of the visit, Secretary Becerra was joined by Senator Patty Murray (D-WA), Congresswoman Pramila Jayapal (WA-7), Congresswoman Kim Schrier (WA-8), Congressman Adam Smith (WA-9), and state and community leaders for a roundtable discussion on plans for a successful nationwide transition to 988 and HHS’ commitment to improving access to behavioral health across the nation. Watch the recording of the 988 Lifeline roundtable in Seattle.

Next, Secretary Becerra toured Providence Regional Medical Center in Everett, WA to see their emergency department, which like emergency departments around the country, is on the frontlines of the overdose crisis. After the tour, Secretary Becerra was joined by Congressman Rick Larsen (WA-2) for a roundtable discussion where he reaffirmed HHS’ commitment to prevention, harm reduction, and other priorities included in HHS’ Overdose Prevention Strategy. 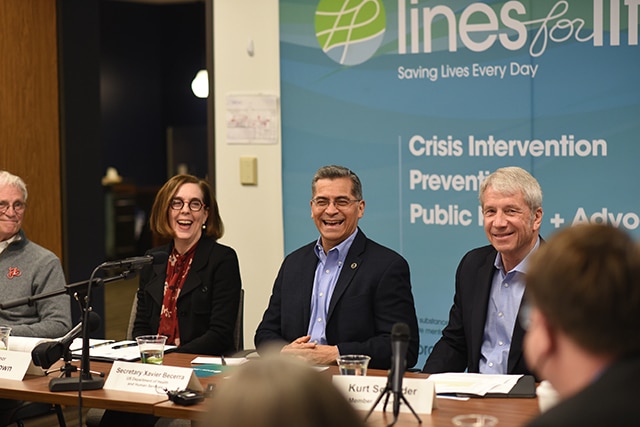 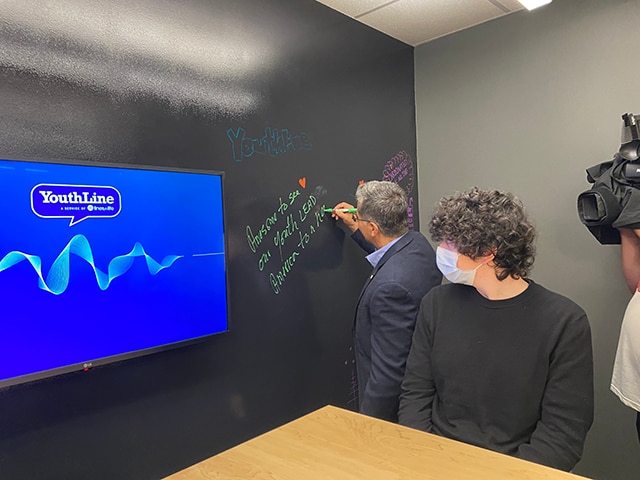 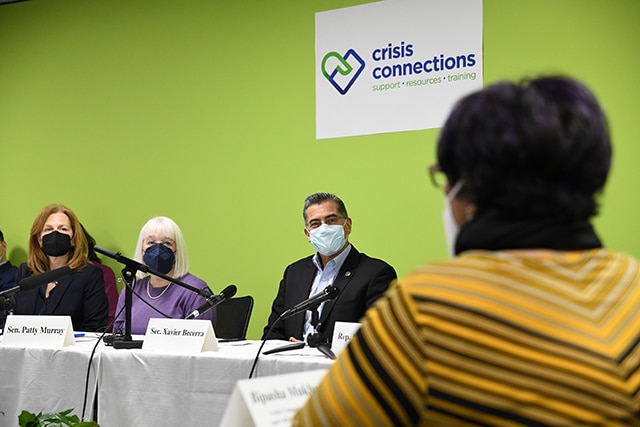 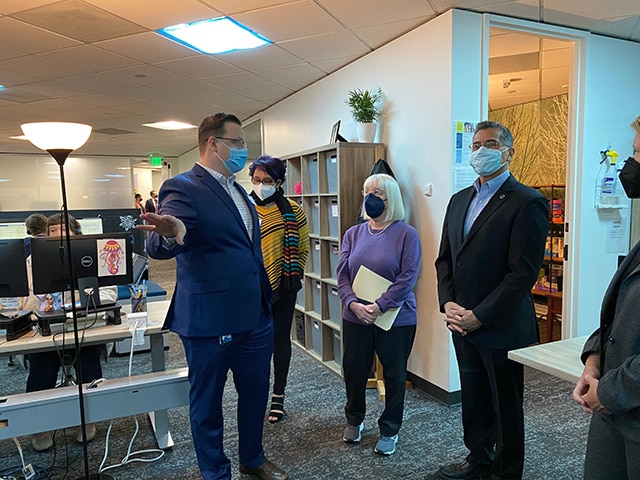 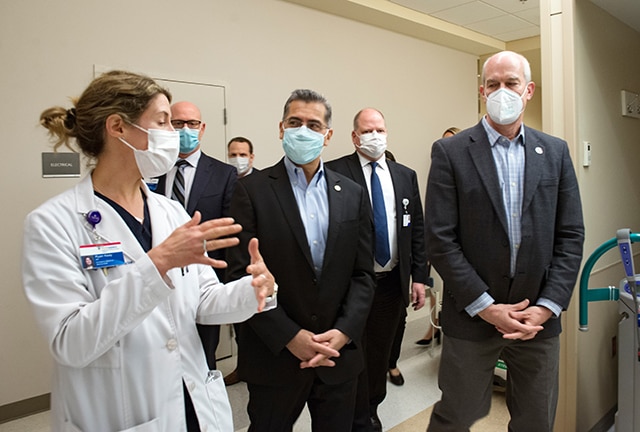