Home > About > News > The Trump Administration Plan for Reunifying Children

Below is a summary of the reunification process that the Departments of Health and Human Services (HHS), Homeland Security (DHS), and Justice (DOJ) are implementing for eligible children over 5 years of age who may have been separated from their parents.

This document is intended to educate the public about the detailed interdepartmental reunification plan presented to the court. It does not represent new policy. 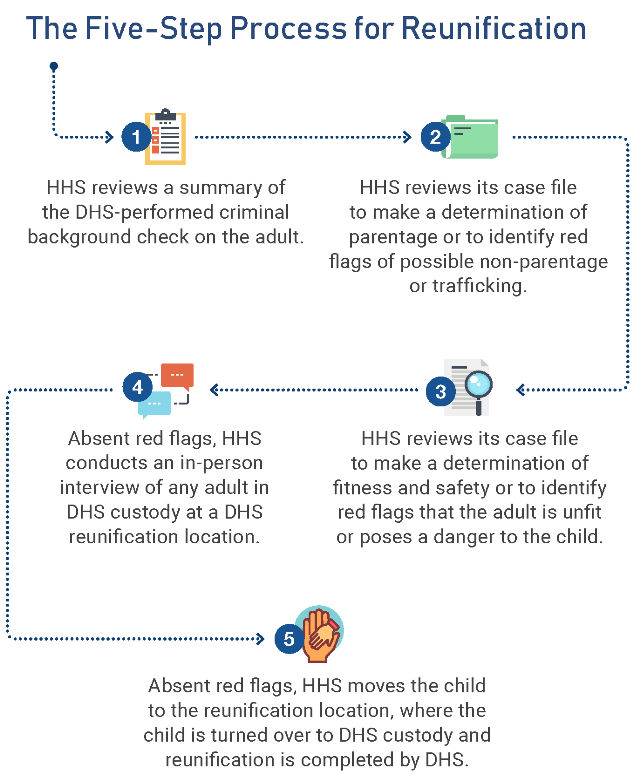