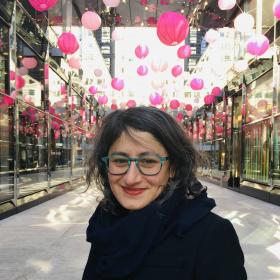 Director of Science and Policy, Office of the Surgeon General (OSG)

Teeb has worked in local, national, and international public health and is passionate about building thriving, joyful, and connected communities. Prior to joining OSG, Teeb served as Senior Advisor for TB/HIV within the Office of the Global AIDS Coordinator and Health Diplomacy at the State Department (OGAC), where she was responsible for strategic guidance for TB/HIV and HIV testing policies and program implementation in more than 50 PEPFAR-supported countries. At OGAC, Teeb served as Chair for Cote d’Ivoire and South Africa, providing strategic direction for program investments, policies, monitoring, and implementation in with in Country teams, Ministries of Health, the World Health Organization, and other multilateral partners. She previously served as a White House Fellow and Senior Advisor at the Department of Energy with a portfolio that included then Vice President Biden’s Cancer Moonshot; the Clean Energy Ministerial; the Clean Energy Education & Empowerment (C3E) Initiative focused on building leadership and mentorship among women working on clean energy; and collaborating with the Departments of Veterans Affairs and Health and Human Services to leverage machine learning and artificial intelligence capabilities to address biomedical, health, and public health response. She also led the development and implementation of the Oppenheimer Science and Energy Leadership Program which has continued as a flagship leadership program for the National Labs.

Teeb trained as a CDC Epidemic Intelligence Service Officer at the New York City Department of Health and Mental Hygiene and served as a Deputy Health Officer and Tuberculosis Controller in Santa Clara County, California. As a medical resident, Teeb was a Founder of the Yale-Primary Care Refugee Clinic and was recognized with the Chief Residents’ Service Award and the Fred Sachs Award, “For possessing those attributes of the heart and mind that best exemplify the dedication to learning and empathy towards patients.” Teeb graduated from the University of California, Los Angeles with a B.S. in Neuroscience and received her M.D. and an M.S. in Neuroscience from Yale University. She trained in Internal Medicine at Yale-New Haven Hospital.