Making inroads toward a cure for sickle cell disease: In August, the latest findings from an NIH-supported clinical trial for a novel gene replacement therapy in patients with severe sickle cell disease indicated that the therapy has succeeded in 17 patients, with no clinical complications. The new gene produces normal red blood cells and healthy hemoglobin, and it seems to alleviate the painful crisis that mark this life-threatening condition. One of the patients who has experienced a successful recovery was featured on 60 Minutes in March.

Unprecedented study on type 2 diabetes: Researchers from the National Human Genome Research Institute published the largest genomic study of type 2 diabetes in sub-Saharan Africans, with data from more than 5,000 individuals from Nigeria, Ghana, and Kenya. Researchers confirmed known genomic variants and identified a novel gene ZRANB3, which may influence susceptibility to the disease in sub-Saharan African populations and could influence the development of the disease in other populations, which may yield a simple, yet vastly effective way of treating it in a personalized manner.

Taking steps on Alzheimer’s disease-related dementias: Taking steps on Alzheimer’s disease-related dementias: To spur innovation in meeting the challenges of complex care management for people with dementia—and the most common dementia diagnosis, Alzheimer’s disease—NIH funded a new effort, the Imbedded Pragmatic AD/ADRD Clinical Trials (IMPACT) Collaboratory. NIH’s National Institute on Aging established the IMPACT Collaboratory to meet the urgent public health need to deliver high quality, evidence-based care to people living with dementia and their caregivers within the healthcare systems that serve them. NIA also awarded three prizes as a part of its Eureka prize competition to develop new technology applications to improve dementia care coordination and/or care navigation. Several NIH-supported research advances in the field were also made, including the identification of a protein that might act as a protective factor, slowing down the rate of cognitive decline in Alzheimer’s patients, and identification of five new AD risk genes, as a result of large-scale data sharing across several data centers in the largest-ever Alzheimer’s gene study. 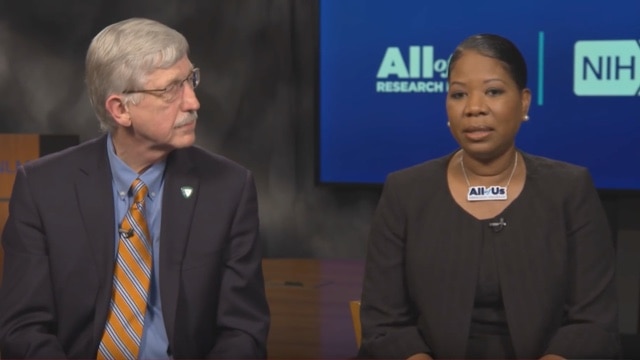 Partnering with the Private Sector

BARDA hits 50 FDA approvals as part of accelerating medical countermeasures: Through BARDA and other avenues, in 2019, ASPR and its partners:

Over the last 15 years, ASPR has supported 27 medical countermeasures using Project BioShield authorities and funding, and added 16 products to the Strategic National Stockpile (of which 13 have achieved FDA approval or clearance, with the others potentially available under Emergency Use Authorization).

Advancing plant and animal biotechnology innovation: In FY 2019, the FDA published the Plant and Animal Biotechnology Innovation Action Plan, providing an overview of priorities the FDA will pursue to support innovation in American agriculture and food technology, while advancing the agency’s public health mission.

Adapting and expanding NIH's study of Parkinson’s Disease: As part of the Accelerating Medicines Partnership (AMP), NIH and partners launched AMP Parkinson’s Disease, to focus on identifying and validating promising markers of the disease to track progression and eventually develop biological targets for discovery of new drugs. In November, the AMP PD partnership announced the opening of its Knowledge Portal to the research community. The portal, including de-identified clinical, genomic, and transcriptomic information from nearly 4,300 Parkinson’s disease patients and healthy controls. It allows researchers to study complex data sets and perform genome-wide analyses at a scale previously impossible.

Tackling a shockingly common killer, sepsis: One in three Americans who die in a hospital die of sepsis, a condition that affects more than 1.7 million Americans each year and represents not only an every-day threat, but a deadly challenge in the event of a mass casualty attack or natural disaster as well. As part of its Solving Sepsis program, ASPR awarded 10 contracts valued at $35.6 million to improve awareness, prediction, diagnosis, prognosis, treatment, and recovery of sepsis, aiming to reduce the incidence, morbidity, mortality, and cost of sepsis by investing in these six key strategic areas. 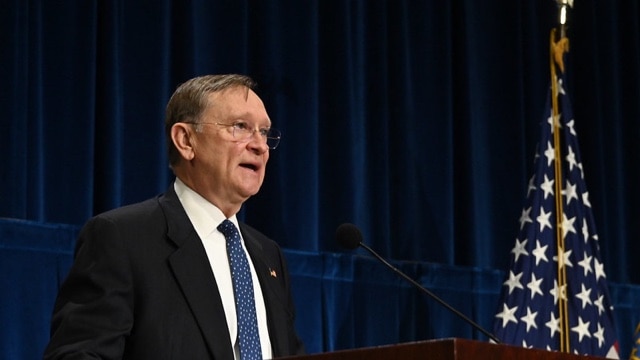 Launch of an All of Us Research Program data browser: The All of Us Research Program is an ambitious effort, launched by NIH in 2018, to partner with 1 million or more people from diverse backgrounds to share information with the goal of advancing precision medicine research. In May 2019—just one year after its national launch—the Program released its interactive Data Browser, providing participants and researchers their first look at the expansive and most diverse data resource ever compiled. So far more than 300,000 people have enrolled from all 50 states, including more than 236,000 participants who have completed all of the initial steps of the program. Of these participants, 80 percent represent communities that are historically underrepresented in research, including 51 percent from racial and ethnic minority groups.

Sharing data to improve tribal health outcomes: In May, the Deputy Secretary oversaw the first tribal data-sharing agreement for a nationwide research consortium creating a large-scale database, facilitated by NIH, between the Navajo Nation and NIH grantees of the Environmental influences on Child Health Outcomes Program, which studies the effects of a broad range of early environmental influences on child health and development. 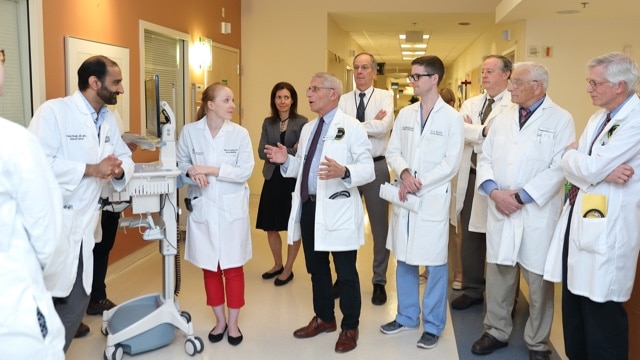 Making Strides in the War on Cancer

Kicking off the Childhood Cancer Data Initiative: In the 2019 State of the Union, President Trump announced that NIH would be launching the Childhood Cancer Data Initiative, and putting $500 million in new funding over 10 years towards childhood cancer research at the National Cancer Institute. Later in the year, as part of the FY 2020 spending bills, Congress appropriated of the first year of these funds, $50 million.

New research on childhood brain cancers: Robotics-enabled, high-throughput screening technologies at NIH enabled researchers to identify a drug pair that shows promise for treating a group of deadly childhood brain cancers collectively called diffuse midline gliomas. The studies, published in November, also uncovered a previously unrecognized vulnerability in the cancer cells that scientists may be able to exploit to develop new strategies against the cancer and related diseases, and planning is now underway for a clinical trial of the drug combination once dose assessment is complete for each drug.

Awards through the Cancer MoonshotSM Initiative: As of FY19, NIH’s Cancer Moonshot initiative funded over 150 high impact projects, in a diverse array of research areas including advancing immunotherapy, understanding drug resistance, improving the implementation of proven prevention strategies, focusing on pediatric cancer, and sharing big data to identify commonalities across cancer types and, with enough data, across individual cancer cases.

Advancing personalized cancer treatment: The I-PREDICT clinical trial, which was conducted by an NIH-funded investigator team people with advanced cancer whose disease had progressed despite previous therapy, successfully implemented molecular profiling approach to combination therapy. The study demonstrated the feasibility of using tumor DNA sequencing to match patients with individualization combination therapy —in many cases involving immunotherapy. The study reported promising outcomes for patients with a higher number of matched genetic alterations. If confirmed, this result will advance the use of molecular profiling in clinical practice.