Goal 3: Strengthen the Economic and Social Well-Being of Americans Across the Lifespan

Supporting and Protecting the Vulnerable

Developing recommendations for family and youth homelessness: In 2019, ACF planned and hosted ten regional listening sessions on family and youth homelessness, allowing ACF leaders to learn about trends, barriers, and local innovative responses from a diverse group of more than 600 stakeholders. With this information, ACF is developing a summary report with recommendations that will empower families and youth to self-sufficiency.

Improving response to survivors of domestic violence: In 2019, SAMHSA and ACF issued a joint Information Memorandum calling for increased collaboration between domestic violence, mental health, and substance use disorder treatment service providers and systems, which highlights the prevalence of domestic violence among individuals receiving services in mental health and substance use disorder treatment settings, and offers information about training, resources, and strategies for improved collaboration between systems.

Caring for an unprecedented influx of Unaccompanied Alien Children: ACF cared for an unprecedented number of Unaccompanied Alien Children (UAC), while HHS secured emergency funding from Congress. ACF worked to maintain consistent, high-quality care and safely unify children with sponsors and identified legislative flexibilities to help to procure facilities for care of UAC that can be more appropriately scaled to meet the needs of the program. ACF was able to expand capacity to care for 69,440 children referred from the Department of Homeland Security in FY 2019, the highest in the program’s history, and lay a foundation for a more flexible, sustainable system to care for children in the future. 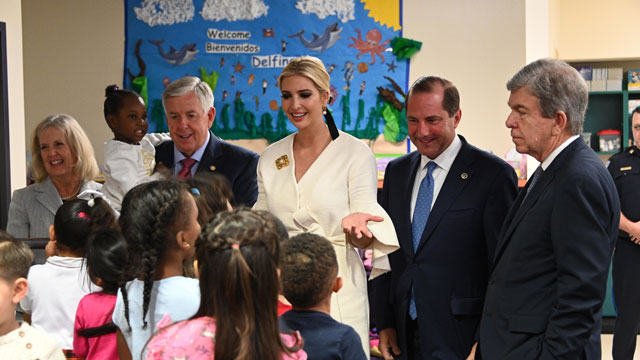 Launched public-private partnership on economic mobility: In 2019, ACF started a public-private partnership to advance economic mobility, garnering the support of six New England state agencies and legislatures, and the Federal Reserve Banks of Boston and Atlanta. The partnership’s work resulted in 17 new state policies and legislation introduced, and adoption by the National Conference of State Legislatures of a national resolution to address benefits cliffs and work disincentives.

Assessing the state of human services: In 2019, ACF produced the first-ever report on state and county human services leadership data and recommendations on moving toward an outcomes-based, person-centered human services delivery system that streamlines federal bureaucracy and cuts red-tape. ACF presented these findings to member agencies of the newly established U.S. Interagency Council on Economic Mobility, chaired by Secretary Azar.

A challenge to expand hiring of Americans with disabilities: The Administration for Community Living (ACL) issued a challenge to businesses to develop recruiting and retention programs to better include workers with disabilities—particularly people with intellectual and developmental disabilities—and to display leadership in addressing this critical economic issue. The initiative aims to identify models that can be shared to help businesses across the country reach a wider talent pool and to create more opportunities for employment for people with disabilities. Funds will be awarded in 2020 to help winners test and implement programs.

Supporting Independence of Older Adults and People with Disabilities

Helping older adults live independently: The Home and Community-Based Supportive Services program funds a combination of supports tailored to the individual that help older adults remain in their own homes and communities rather than entering nursing homes or other types of institutional care. In 2019, these programs provided an estimated 22 million rides to doctor’s offices, grocery stores, pharmacies, senior centers, meal sites, and other critical daily activities, more than 40 million hours of personal care, homemaker, and chore services, and more than 10 million hours of adult day services.

Making Medicare and Medicaid work for the elderly: CMS modernized the Programs of All-Inclusive Care for the Elderly (PACE) with a fully integrated model of managed care service delivery for the frail elderly, most of whom are “dual-eligible beneficiaries” on both Medicare and Medicaid, by providing more opportunities for states to test approaches to serving these individuals. CMS also improved quality of care for dual eligibles through the 2020 Medicare Advantage rule, which requires plans to integrate benefits for beneficiaries enrolled in Dual Eligible Special Needs Plans and to make it easier for enrollees in these plans to navigate their coverage.

Addressing health disparities for people with disabilities: In October, ACL awarded a new grant totaling $1.5 million over three years to establish the Center for Dignity in Healthcare for People with Disabilities at the University of Cincinnati Center for Excellence in Developmental Disabilities. This center is a first-of-its-kind investment aimed at educating medical professionals about the civil rights and support needs of Americans with disabilities as they access routine and lifesaving care from the beginning of life until its natural end. It will develop resources for reporting healthcare discrimination and advocating for people with intellectual and developmental disabilities in partnership with them and their families.

Widespread adoption of innovative technology for those with disabilities: “Visual scene displays” (VSD) are an alternative method of presenting information, using visual scenes rather than written or spoken text, that can be used to present information to people with speech or language problems. VSDs were developed with funding from ACL’s National Institute on Disability, Independent Living and Rehabilitation Research, and have been shown to be effective in helping adults with severe chronic aphasia, primary progressive aphasia, dementia, and other conditions.

2019 saw technology adopted by all manufacturers and app developers who serve these populations, providing speech language clinicians and practitioners effective and easier-to-use options to help the people they serve. 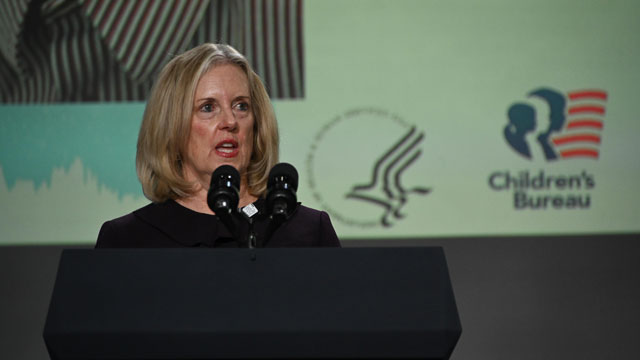 Working to reduce number of children in foster care: A 2019 report, developed with Adoption and Foster Care Analysis and Reporting System (AFCARS) data, shows that the number of children in foster care decreased at the end of FY 2018 for the first time since 2011, while the number of children entering care dropped. ACF continued its work to focus on prevention and support children and families to help keep children from needing to enter foster care. In September 2019, the Children’s Bureau within ACF announced the first year of a five-year award of nearly $25 million to nine community-based projects to help prevent child maltreatment, reduce entries into foster care, and meet the needs of families before a crisis occurs.

Working toward a national family caregiver strategy: In 2019, ACL hosted the inaugural meetings of the two advisory councils established by the RAISE Family Caregivers Act and the Supporting Grandparents Raising Grandchildren Act: the RAISE Family Caregiving Advisory Council and the Supporting Grandparents Advisory Council. The year closed with both councils seeking public input to inform the development of strategies to guide their ongoing work. 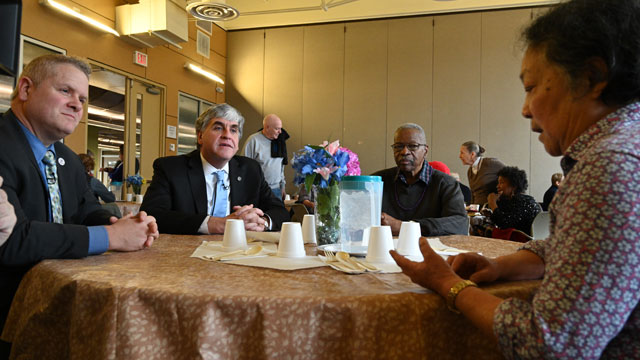 Creation of Stop, Observe, Ask, and Respond (SOAR) Network: In 2019, ACF’s Office on Trafficking in Persons, in partnership with ANA and IHS, created the Stop, Observe, Ask, and Respond (SOAR) for Native Communities, a free online training that will help those serving indigenous populations better understand human trafficking and its impact on Native peoples.

Implementing NIH strategic plan for tribal health research: The NIH Tribal Health Research Office (THRO) implemented NIH’s first strategic plan for Tribal health research and facilitated the first-ever Tribal data-sharing and use agreement between the Environmental influences on Child Health Outcomes (ECHO) research program grantees and the Navajo Nation, who will share participant data on a nationwide platform to ultimately improve the health of Navajo mothers and children. This data-sharing agreement could be used as a blueprint for data-sharing agreements with other Tribes.

Title X Final Regulation: In March 2019, HHS finalized a new Title X regulation that ensures compliance with the law as passed by Congress, including the statutory prohibition on funding programs where abortion is a method of family planning. The rule provides for physical and financial separation between Title X-funded family planning services and abortion-related activities. Rather than comply with the Title X final rule, certain former grantees relinquished their grants. The HHS Office of Population Affairs awarded the relinquished funds (more than $33.6 million) to 50 of the remaining grantees. These funds will be used to expand services in unserved or underserved areas.

Enforcing conscience rights: In January, the HHS Office for Civil Rights (OCR) notified the State of California that its law requiring pro-life pregnancy resource centers to refer clients for abortions, by posting notices about free or low-cost family planning services and abortion, violated the Weldon and Coats-Snowe Amendments. This is the first time that any state has been found in violation of these laws, reflecting HHS’s heightened commitment to enforcing conscience protection statutes.

The Affordable Care Act and abortion: In December, CMS issued a final rule to require issuers of Qualified Health Plans—individual market insurance plans sold through Exchanges under the Affordable Care Act (ACA)—to bill and send separate invoices for insurance coverage of abortions that cannot receive government funding under the Hyde Amendment (i.e., not in cases of rape, incest, or threatening the life of the mother). CMS also provided enforcement discretion for issuers to allow an enrollee who fails to pay the premiums for such abortion coverage, including for reasons of conscience, to continue only their health coverage without being terminated for failure to pay the abortion premium.

Protecting religious freedom and avoiding undue burden in HHS grants: In November 2019, HHS issued a proposed rule that would revise certain regulatory provisions adopted by the previous administration that concerned faith-based organizations, and foster care and potential adoptive families and children. At the same time, HHS issued a notice of nonenforcement of these and other regulatory provisions adopted by the previous administration because of concerns that the prior regulations had not gone through the proper review under the Regulatory Flexibility Act.

Protecting conscience in foster care and adoption: In January 2019, HHS issued an exemption from certain regulatory requirements to help protect the right of various faith-based non-profits in South Carolina to retain their religious character while partnering with the state in providing foster care services.

Commissioner of the Administration for Native Americans Jeannie Hovland shakes hands with President Donald J. Trump after the signing of an Executive Order Establishing the Task Force on Missing and Murdered American Indians and Alaska Natives

Ensuring the right of patients to timely access to their health information: In February 2019, OCR announced the HIPAA Right of Access Initiative, which aimed to vigorously enforce the right of individuals to get access to their health records promptly, without being overcharged, and in the readily producible format of their choice. OCR initiated investigations throughout the country, and completed two settlements with covered entities that failed to provide individuals their medical records.

Impactful agreement to improve processes for investigating and resolving Title IX and Section 1557 complaints: In August 2019, OCR secured an agreement with Michigan State University to resolve an investigation into sexual abuse by Larry Nassar. In October, OCR also kicked off a new Sex Discrimination Initiative at the ESPNW Summit.

Protecting parents with disabilities from discrimination: In December, OCR announced a voluntary resolution agreement and ensured that Child Welfare Programs in the Oregon Department of Human Services protect parents with disabilities from discrimination. OCR had initiated a compliance review of the department following news reports and a complaint from an advocate alleging that Oregon had removed two infant children from a mother and father with disabilities and denied the parents effective and meaningful opportunities to reunite with their children due in significant part to their allegedly having IQ scores that were too low.

Advancing regulatory reform efforts to revise ACA: In May, OCR proposed to revise ACA Section 1557 Nondiscrimination Rule, to follow the law as passed by Congress and eliminate billions in unnecessary costs.