The Substance Abuse and Mental Health Services Administration reduces the impact of substance abuse and mental illness on America’s communities.

1/  Reflects the annualized level of the Continuing Resolution that ended April 28, 2017, including the across the board reduction, the 21st Century Cures Act, and directed transfers.

The Substance Abuse and Mental Health Services Administration reduces the impact of substance abuse and mental illness on America’s communities.

An estimated 21 million Americans needed treatment for a serious substance abuse problem in 2015.  Substance abuse is associated with significant health impacts and increased costs for health care, but also vast financial and social consequences extending beyond the health care system.  Deaths from drug overdose have risen steadily over the past two decades, and have become the leading cause of death from injury in the United States.  From 2000 to 2015, more than half a million people died from drug overdoses, and 91 Americans die every day from an opioid overdose.  The Budget provides $2.7 billion—the same amount as in the FY 2017 Continuing Resolution—for substance abuse treatment activities. 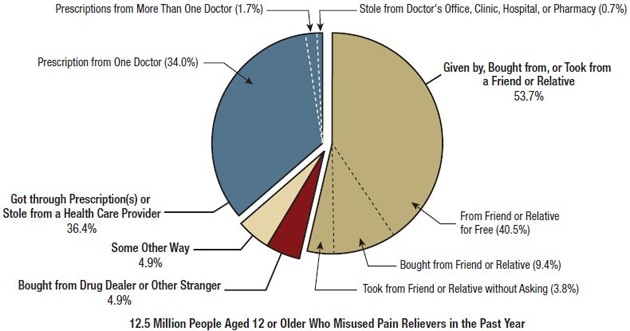 Fighting the Opioid Epidemic
The opioid epidemic is the deadliest drug epidemic in American history.  The Budget includes $589 million in SAMHSA targeted to fighting the opioid epidemic.  This includes $500 million authorized in the 21st Century Cures Act in each of FY 2017 and FY 2018 for States to increase access to treatment and to reduce unmet need and overdose related deaths.  First year grants were awarded to States in April 2017 to provide opioid abuse prevention, treatment, and recovery support services.

The Budget also includes $17 million—the same amount as in the FY 2017 Continuing Resolution—for programs newly authorized under the Comprehensive Addiction and Recovery Act of 2016.  The programs will expand efforts to train first responders on the use of the opioid overdose reversing drugs and to equip them with the needed drugs, provide additional recovery support services to help those in recovery succeed, and provide additional support for pregnant women and families struggling with addiction.   The Budget also maintains $56 million for other efforts in SAMHSA to ensure the most effective evidence-based treatment for opioid abuse—known as medication-assisted treatment—is widely available and to ensure Opioid Treatment Programs are operating safely and effectively.

Substance Abuse Prevention and Treatment Block Grant
The Budget provides $1.9 billion for the Substance Abuse Prevention and Treatment Block Grant, which is the same amount as in the FY 2017 Continuing Resolution.  This grant is provided by formula to States to assist in the treatment of approximately 2 million individuals.  This funding is a cornerstone of States' substance abuse financing, and it accounts for over a third of public funds expended for prevention and treatment of substance abuse.

Promoting Effective Prevention of Substance Abuse
The Budget includes $150 million for substance abuse prevention efforts, which is $73 million below the FY 2017 Continuing Resolution.  This total includes $62 million—the same level as in the FY 2017 Continuing Resolution—for programs that support Federal drug-free workplace efforts, fight underage drinking, and support grants to expand the provision of opioid overdose reversing drugs.  Also within this group of programs are those that expand tribal behavioral health, training for the minority behavioral health workforce, and provide technical assistance and training to States, Tribes, and communities.  The Budget reduces funding for the Strategic Prevention Framework to $58 million—$61 million below the FY 2017 Continuing Resolution—to prioritize other high-need programs.  The Budget also reduces funding for the Minority AIDS programs, as States can use the Substance Abuse Prevention and Treatment Block Grant for activities to prevent the onset of substance abuse and the transmission of HIV/AIDS.

In 2015, an estimated 43 million American adults—18 percent—met the medical standard for having a mental, behavioral, or emotional disorder that substantially interfered with or limited major life activities.  Of these, 10 million people—or four percent of all American adults—had a serious mental illness.

A 2011 study estimated that societal costs of mental disorders exceeded the costs of diabetes, respiratory disorders, and cancer combined.  Including estimated expenditures for mental health treatment with projections of lost earnings and public disability insurance payments associated with mental illness, the financial cost of mental disorders was at least $467 billion in the United States in 2012.  The Budget provides $912 million—$252 million below the FY 2017 Continuing Resolution—for mental health activities.

Community Mental Health Services Block Grant
The Budget includes $416 million for the Community Mental Health Services Block Grant, which is a reduction of $116 million below the FY 2017 Continuing Resolution.  The block grant is a flexible source of funding that allows States to target resources to local needs.  The funding will continue its focus exclusively on addressing the needs of adults living with serious mental illness and children experiencing serious emotional disturbances, and will continue to direct States to spend at least 10 percent of the funds on early interventions to assist those experiencing a first episode of psychosis.  This funding represents just one percent of total public spending on mental health.  Historically, the provision of mental health services has largely rested with States.

Children’s Mental Health Services
The Budget continues the Children’s Mental Health Services program at $119 million, which is the same amount as the FY 2017 Continuing Resolution.  This program helps States, Tribes, and communities deliver evidence-based services and supports for children and youth with serious emotional disturbances.  These funds ensure effective collaboration between child- and youth-serving systems such as juvenile justice, child welfare, and education.  The Budget also proposes that up to 10 percent of the funds will be available for a new demonstration to translate recent research by the National Institute of Mental Health indicating that earlier psychosocial intervention with those at high risk may prevent the further development of serious emotional disturbances and ultimately serious mental illness.

Increasing the Focus on Serious Mental Illness
To ensure that the Budget targets those who need help most, the Budget includes $5 million in new funding for Assertive Community Treatment in SAMHSA.  This is a new program authorized by the 21st Century Cures Act.  The program will help communities establish, maintain, or expand evidence-based efforts to avoid the dangerous and unsettling cycling of patients with mental illness through emergency and inpatient settings.  This practice is proven to reduce hospitalization of those with serious mental illness at the same cost with higher patient satisfaction.

Youth Violence Prevention
The Budget continues support for the Youth Violence Prevention Program at $23 million—the same amount as in the FY 2017 Continuing Resolution—to implement an enhanced, coordinated, and comprehensive plan of activities, programs, and services that promote healthy childhood development, prevent violence, and prevent alcohol and drug use.  The Budget seeks to eliminate duplication of the school-based programs and to that end discontinues funding for both Project Advancing Wellness and Resiliency in Education (AWARE) and the Healthy Transitions program.

The Budget supports the National Suicide Prevention Lifeline (Lifeline), 1-800-273-TALK, which coordinates a network of 164 crisis centers across the United States by providing suicide prevention and crisis intervention services for individuals seeking help at any time, day or night. The Lifeline averaged nearly 124,000 calls per month in FY 2016, with over 90 percent of callers reporting that calling the crisis hotline helped stop them from killing themselves. More than 40,000 callers per month identified themselves as veterans and were seamlessly connected to a specialized veterans’ suicide prevention hotline developed in collaboration with the Department of Veterans Affairs.

The Budget includes $107 million for staff and related program management expenses necessary to effectively monitor a wide array of Federal programs, as well as for Health Surveillance, which in total is a reduction of $20 million below the FY 2017 Continuing Resolution.  This funding level prioritizes activities for which there is a unique Federal role, such as certain public health surveillance associated with the National Survey on Drug Use and Health and the National Registry of Evidence-Based Programs and Practices.

Public Awareness and Support
The Budget includes $12 million for Public Awareness and Support—a reduction of $4 million below the FY 2017 Continuing Resolution—to raise the public’s awareness of mental and substance use disorders and inform public health efforts to advance the behavioral health of the nation through programmatic data collection and monitoring.  Savings are achieved through reductions in the scope of other communications and public affairs activities and through the natural conclusion of the Science of Changing Social Norms program, which has successfully met its objectives.