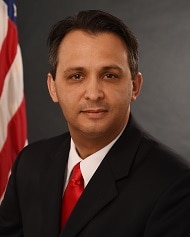 Prior to joining OMHA, Judge Haring served as an appointed Special Counsel to the Attorney General of Ohio.  In this role, he represented the State of Ohio in collection and enforcement actions of assigned debts, including tax delinquencies, bankruptcy claims, past due fees, restitution, and penalties.  Additionally, he was the designated administrator of the Medicaid Estate Recovery Program in three counties.

Judge Haring earned his Juris Doctor from the University of Akron School of Law. He was a member of the Phi Alpha Theta Honor Society and earned his Bachelor of Arts in History from Miami University.