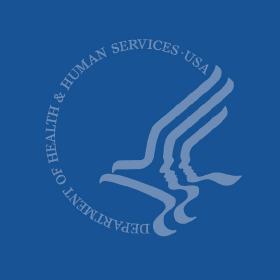 Tia N. Butler was appointed as Acting Deputy Assistant Secretary of Human Resources (OHR)/Chief Human Capital Officer for the U.S. Department of Health and Human Services (HHS) in December 2021. In this role, Ms. Butler is responsible for the recruitment, development, and retention of HHS’s most valuable resources, its workforce, who operate daily to achieve HHS’s mission to advance and maintain the health and safety of the American people.

Prior to her current appointment, Ms. Butler was the Chief Human Capital Officer (CHCO) for the Centers for Medicare and Medicaid Services (CMS). Before becoming the CHCO for CMS, Ms. Butler served as the Deputy Associate Director for Retirement Services at the U.S. Office of Personnel Management (OPM). There, Ms. Butler was responsible for directing the adjudication of specialty retirement claims, administering the annual health benefits Open Season for annuitants, developing retirement policy and legislation, and leading programs to educate benefits officers government-wide about retirement.

Ms. Butler was initially appointed to the Senior Executive Service (SES) as the Executive Director of the Corporate Senior Executive Management Office at the Department of Veterans Affairs (VA). She served as the principal executive advisor to the VA Chief of Staff and Assistant Secretary, Human Resources & Administration regarding enterprise executive management and was appointed by the VA to the White House Advisory Group on SES Reform.

Ms. Butler began her career in public service with the Department of the Navy (DON) as the Communications Director for Civilian Human Resources. She then served as the Staff Director to the Deputy Assistant Secretary of the Navy, Civilian Human Resources and later, the Director of the Executive Management Program Office (EMPO). In EMPO, Ms. Butler focused her efforts on executive succession planning, expanding leadership and executive development opportunities, and initiating the Bridging the Gap Leadership Development Program as the DON’s first centralized pipeline development program.

Ms. Butler has also worked as a Human Capital and Management Consultant in both the management consulting and public relations/advertising fields.

Ms. Butler holds a Bachelor of Arts in Anthropology from the University of Virginia and a master’s degree in Education and Human Development, with a concentration in Human & Organizational Learning from the George Washington University.